A former Mater Dei High School football player whose family previously claimed he was harassed and bullied was also allegedly sexually assaulted by a football player, according to a Santa Ana Police Department document released Monday.

The alleged incident took place inside a locker room at Mater Dei High School last August, according to the document. Several football players reportedly forced the former student to the ground and exposed their genitals. Then they held him down, as one player "began humping" him from behind, through his pants, the document said.

The family of the former player, who left the school last year, has filed a lawsuit against the school. In their legal action, they allege their son was forced to fight a much larger player in a locker-room hazing ritual in February 2021.

The school tried to cover up the student's injuries, which included a concussion and a broken nose, by not calling paramedics and not contacting his family for 90 minutes, the lawsuit claims.

"It is, and has long been, the Diocese of Orange policy not to comment on matters involving minors, including incidents regarding current and former students," Bradley Zint, a diocese spokesman, told the Los Angeles Times.

The document filed with police does not address whether the Aug. 31 claim of sexual assault was investigated, or whether students, school officials or family members contacted police, The Times said.

According to the document,  the incident was reported to the student's coach, who in turn told school officials.

The locker room episode where the former player was reportedly injured in February 2021 was allegedly part of a long-standing tradition at Mater Dei called "Bodies," where  two players punch each other between the shoulders and the waist until one players gives up, the family says.

Maria Roberts, a lawyer with the diocese, stated in a court filing this month that because the student was already a member of the football team when the incident occurred, it did not qualify as hazing.

"By definition, hazing only applies to a method of initiation or pre- initiation when a student is seeking membership in an organization," she wrote.

The Times report said the boy's parents told them that players who did not participate in the initiation rite were ostracized and sometimes had their lockers soaked in urine.

The lawsuit also claims Mater Dei football coach Bruce Rollinson told the boy's father that he "would be a millionaire if he got paid $100 every time he heard about 'Bodies' or other physical rituals" among the students. Rollinson later told the police he had no knowledge of the ritual, the lawsuit said.

"Everything from ... when he walked out of the locker room to the silence after was handled wrong, in my opinion," Amanda Waters stated in a sworn deposition filed in Orange County Superior Court. 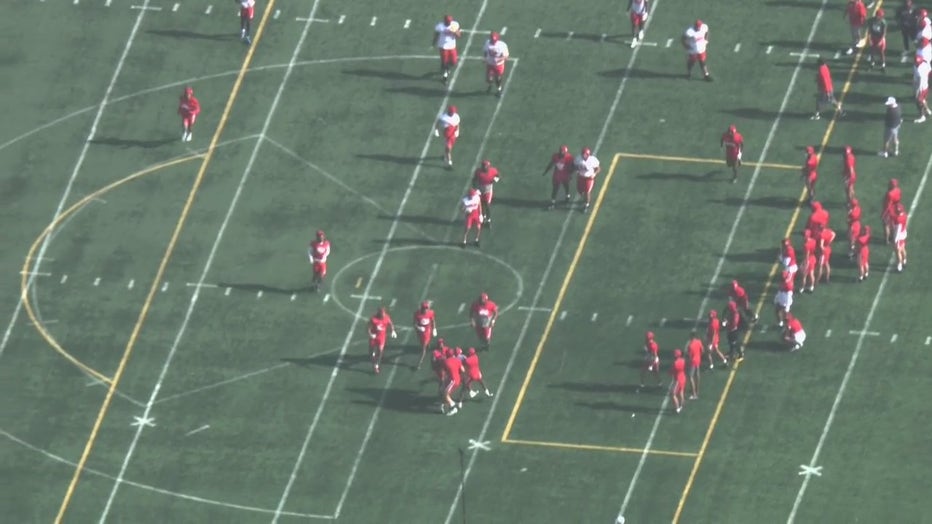 In her deposition, Waters said Mater Dei Vice Principal Geri Campeau went to Waters' office, shut her door and began yelling "about how I need to stop asking questions." Waters said in the deposition. She said she was told not to question Rollinson about the locker room episode again. That struck her as odd, she said, because it suggested that she "couldn't care if a kid was OK."

Campeau is no longer at the school.

At the end of the fall semester, then-Mater Dei President the Rev. Walter E. Jenkins ordered an investigation of safety practices of the school's athletic programs. The Sacramento law firm Van Dermyden Makus was hired to conduct the probe.

In an interview with The Times in February, new school President Michael Brennan promised an open investigation.

"We're not going to hide anything," Brennan said. "We're going to be completely transparent."