LOS ANGELES - A man is dead after trying to evade law enforcement by allegedly dragging a deputy who pulled him over with the car he was driving.

According to the Los Angeles County Sheriff's Department, a deputy performed a traffic stop on a male driver in the southbound lanes of the 5 Freeway near Castaic early Thursday afternoon.

During the traffic stop, the deputy had the driver exit his vehicle and was escorting him to the patrol car… however, the suspect took off running.

The suspect ran up an embankment before jumping back into the car he was driving. The deputy chased after the suspect on foot. An altercation occurred and the suspect drove off, dragging the deputy with him.

While fleeing, the suspect crashed through a chain-link fence and the deputy opened fire, ultimately killing him. 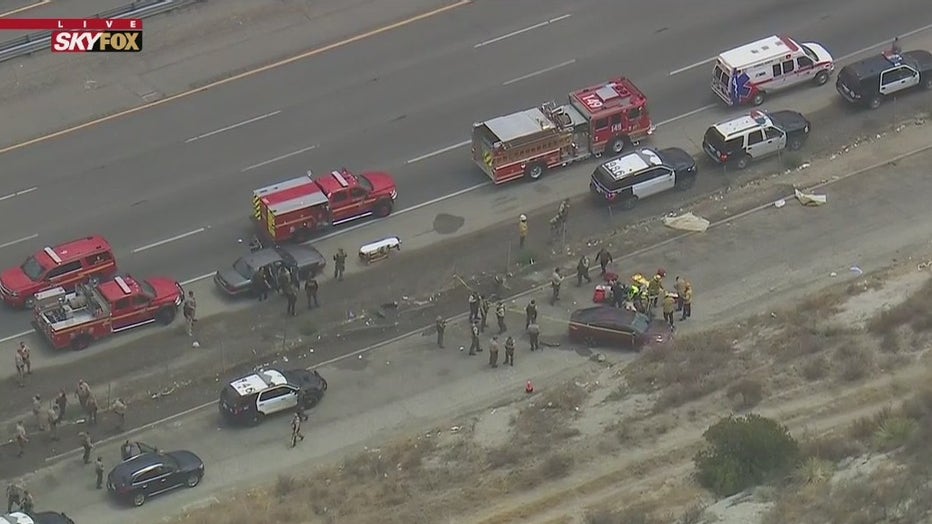 The sheriff's department said that a handgun was recovered at the scene where the suspect was sitting.

The deputy who was dragged by the vehicle was transported to a local hospital where he was treated for his injuries and later released.

The harrowing incident shut down all southbound lanes of the 5 Freeway.