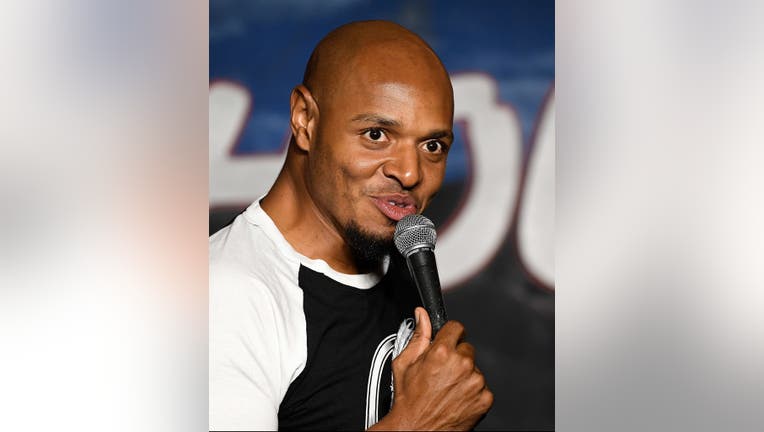 LOS ANGELES - In what is likely the darkest moment of his life, comedian Tony Baker is turning to the one thing he knows best as a coping mechanism. Baker took to social media to tell fans he'll continue to crack jokes as he grieves the loss of his 21-year-old son, who died in a horrific crash in Burbank last week.

"My Heart Is Absolutely Broken Out Here On These Streets," Baker said, in part, on social media. "But You Best Believe I Have STILL Been [Crackin'] Jokes."

"Speed is absolutely a factor in this case," said Sgt. Emil Brimway with the Burbank Police Department last week.

A vigil was held in Burbank last week to remember Cerain Baker, Jiaden Johnson and Natalee Moghaddam, the three people killed in the crash. Tony Baker took to Instagram to thank his friends, fans and complete strangers for the outpouring of support in the wake of the tragic crash.

Two others are recovering at the hospital after the deadly crash.

Tony Baker, as promised, cracked jokes on social media, teasing those who didn't proofread their condolence offers toward the grieving dad.

"Man We [Goin'] Through A LOT Right Now. But I Just Want You Guys To Know That It's ‘Sorry For Loss,’ Not ‘Lost,’" his cheeky post read.