INDIO, Calif. - After two years of cancellations due to the COVID-19 pandemic, thousands of people will flock to the Empire Polo Club beginning Friday for the first weekend of the Coachella Music & Art Festival, headlined by Harry Styles, Billie Eilish and Swedish House Mafia with The Weeknd.

Attendees will not be required to show proof of COVID vaccination or testing, and masking will not be required at the outdoor event. But health officials continue to urge precautions against spread of the virus, and testing sites will be available on site and around the Coachella Valley.

Festival organizers also reminded attendees of anticipated high winds Friday morning that could kick up blowing dust -- something that masking can also protect against.

This year's festival will also feature an innovation that never factored into previous events -- a commemorative NFT. Two years ago, NFTs were almost unheard of, but the Coachella Music & Art Festival is offering all attendees a free 2022 In Bloom seed digital NFT, redeemable through the FTX app with each individual's ticket wristband. Once redeemed, the NFT comes with perks, including a dedicated entry lane, limited-edition merchandise, along with food and beverage vouchers. 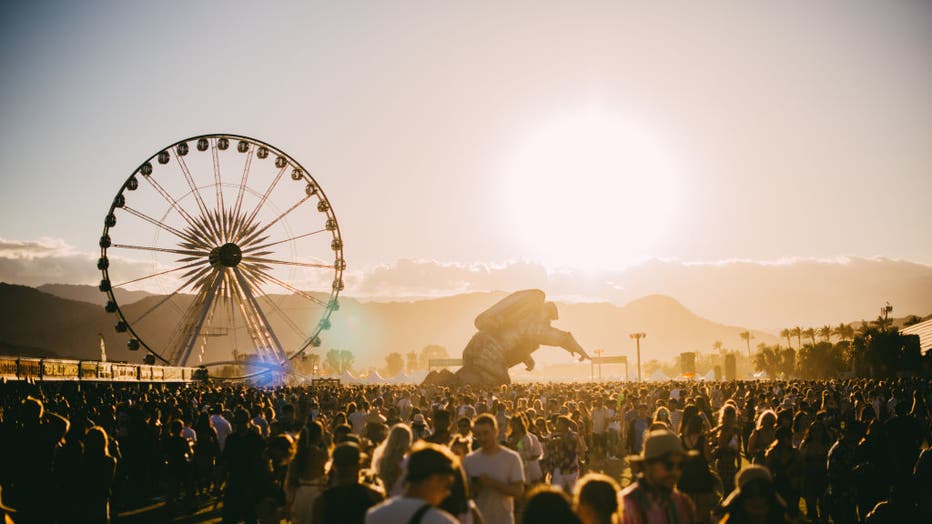 As the In Bloom seed NFT blossoms into a desert flower, owners could get one of six rare flowers that can grant them premium upgrades at the festival. Upgrades include a 2023 weekend-two general admission festival pass, premium merchandise, access to the FTX VIP Lounge, Ferris wheel rides, Goldenvoice Concert Tickets or a 2022 VIP upgrade.

Cryptocurrency aside, it's safe to say that this year's event has already brought various surprises for festivalgoers, who spent months on edge, fearing a possible third straight cancellation. While that didn't happen, the event hasn't been without drama.

Ye -- the rapper formerly known as Kanye West -- pulled out of his headlining spot last week, threatening to unravel the performance lineup. But The Weeknd and Swedish House Mafia were more than willing to step in to fill the void.

Ticketholders also got some welcome news Thursday when performance set times were released -- and Arcade Fire showed up as a surprise addition to the weekend's lineup. The group will perform at 6:45 p.m Friday in the Mojave tent, squeezed between Carly Rae Jepsen and Idles. With their last album, "Everything Now," released five years ago, festivalgoers hope to get a preview of the band's new album, which is set to be released May 6 via Columbia Records.

American hip hop boy band, BROCKHAMPTON, also announced earlier this year that Coachella will be their final performance together following their indefinite hiatus as a group.

Styles will be the headliner Friday night, while Eilish will be the featured act Saturday night.

The entire lineup will be repeated next weekend.

For those who can't attend Coachella Music & Art Festival, performers like Louis the Child, Tokimonsta, Tchami, John Summit and more are scheduled to perform at events such as Day Club at The Hilton in Palm Springs starting Friday, and again next weekend.