Corporal Ryan Tillman is the focus of a new documentary on his efforts to bridge the gap between cops and community. FOX 11's Christine Devine shares his story.

CHINO, Calif. - Corporal Ryan Tillman is the focus of a new documentary on his efforts to bridge the gap between cops and the community.

The documentary tells the story of a movement he launched called Breaking Barriers United. The police officer became so in demand that he recently stepped down from his full-time job as a Chino Police Department officer to focus on the business of building relationships between law enforcement and the public.

Tillman has spent years off-duty working with schools and law enforcement groups as well as on social media, sharing his perspective and platform on current police matters often seen on the news.  He founded Breaking Barriers United long before the protests of 2020 when community and policing became a prominent issue. 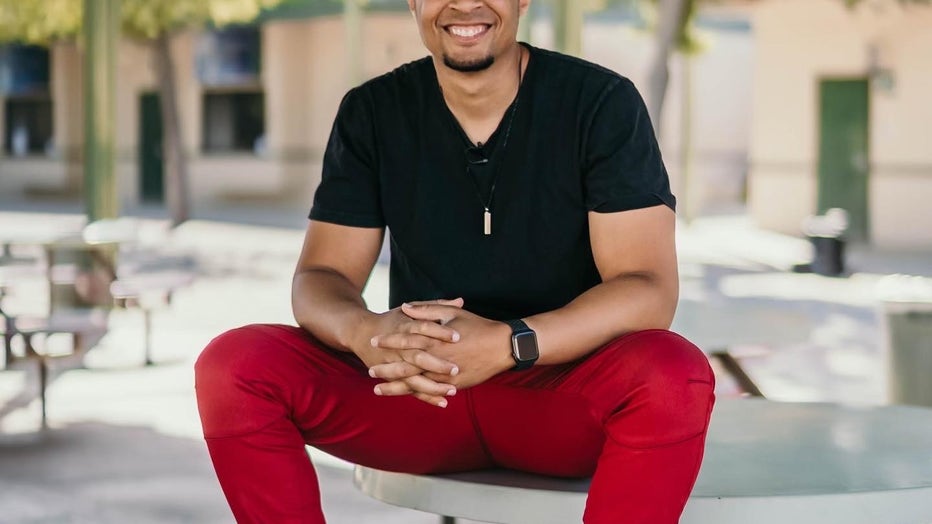 Demands for him to speak have become so great nationwide, that he says "God put it on my heart" to go full-time. He'll stay with Chino PD, but will only work a few shifts a month to focus on their social media and community outreach.

Tillman says his number one priority is being a full-time dad as a married father of three. Being a Black male, he provides a perspective that many can relate to. He says he never thought of being a police officer but being on the job gave him new insight into law enforcement.  When he was a school resource officer, he wowed students with his love of dance and would bust out moves in uniform at football games and school auditorium events.

The motto of Breaking Barriers United is: "Repairing the bond between law enforcement and the community." He says he is also working with Dallas Cowboys quarterback Dak Prescott and recently spoke to students with the star athlete.

On his final days this spring with Chino PD as a full-time officer, Tillman and his partner spent a day handing out donuts as a thank you to the community for their support. They handed out eight boxes for his eight years of patrol. He jokes, "if any officer tells you they don't like donuts, they're lying!"