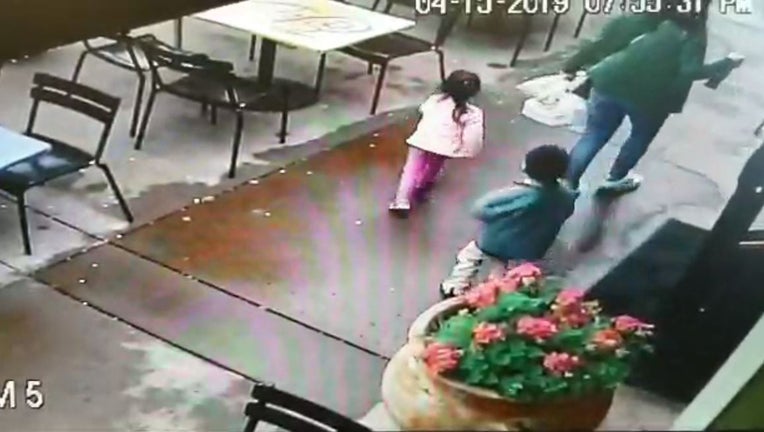 NAPA, Calif. (FOX 11) - A woman and her two children had a frighteningly close call in Napa after just having walked out of a restaurant when a driver lost control of their car.

The incident happened on Monday and was captured on video and made public by the Napa Police Department.

A driver lost control of their car in a shopping center and crashed into the restaurant just seconds after the woman and her young children walked out of the restaurant.

Napa police say the family was shaken but only reported minor injuries.