Beginning Wednesday, Santa Ana winds are returning to the Southland&nbsp;prompting a warning for extreme fire danger.

LOS ANGELES - Southern California utilities warned Tuesday that they may cut power to more than 300,000 customers as dry, gusty weather raises the threat of wildfire dangers in the region.

The Santa Ana winds. They're back-- big time-- and that means fire danger.

The National Weather Service said there are “critical fire conditions” because of Santa Ana winds, low humidity and parched grass, trees and brush. Red flag conditions of extreme fire danger are expected in many areas beginning Wednesday night and could last into Saturday evening, especially in valleys and mountains, forecasters said.

Winds could reach 50 mph, which could knock down trees and power lines, the weather service said.

Concerns that debris could hit electrical equipment or bring down lines and spark wildfires prompted Southern California Edison to warn that it is considering shutting off power to nearly 237,000 customers as a precaution during the windy period. Some outages could begin Wednesday night or Thursday and last into Saturday, the utility said. 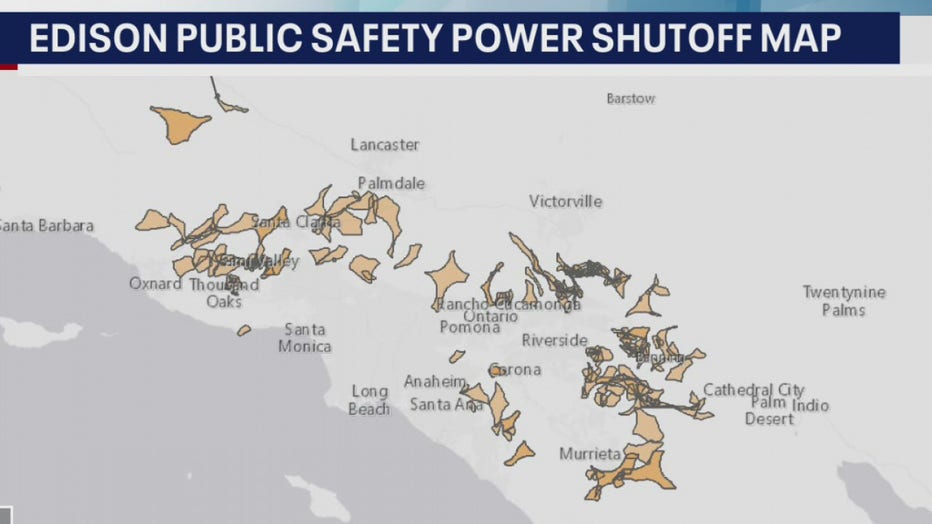 That’s about 5% of the utility’s 5 million customers and would affect the counties of Kern, Los Angeles, Orange, Riverside, San Bernardino, Tulare and Ventura.

Last week, the utility cut power to more than 16,000 customers because of Santa Ana winds and fire danger.

Santa Ana winds blow from the interior toward the coast, creating potentially critical fire conditions with the combination of vegetation-withering low humidity and powerful gusts, especially below mountain passes and canyons.

Common in the fall but possible at other times, the winds have fanned many catastrophic wildfires.

California has already experienced a disastrous year of wildfires that have left more than 30 people dead and well over 10,000 homes and other buildings damaged or destroyed.