New Ricardo Mendez, 27, and Antanita Miller, 24, were arrested for allegedly repeatedly abusing their one-year-old son, ultimately leading to the boy's death earlier this week, according to police.

BARSTOW, Calif. - A Barstow couple has been arrested for allegedly repeatedly abusing their one-year-old son, ultimately leading to the boy's death earlier this week, according to police.

Ricardo Mendez, 27, and Antanita Miller, 24, both of Barstow, were arrested on April 25, after their son was brought to Pomona Valley Hospital.

According to police, the one-year-old was brought to the hospital shortly before 8 p.m. He was unresponsive and was pronounced dead upon arrival. Pomona Police were called to investigate the boy's death and found injuries officers say were consistent with abuse, including lesions, bruising and burns. Police say some injuries appeared to be at different stages of healing, indicating that the abuse may have been longterm.

Pomona PD then contacted Barstow Police, who interviewed witnesses and family members. According to BPD, the couple showed up unexpectedly at Mendez's family's house in Pomona around 7 p.m. on April 25, the child's body lifeless in the back of the couple's car. It was Mendez's family who drove the child to the hospital, police say.

Miller eventually did show up at the hospital, where she was detained. Mendez was detained in the city of Pomona that night. 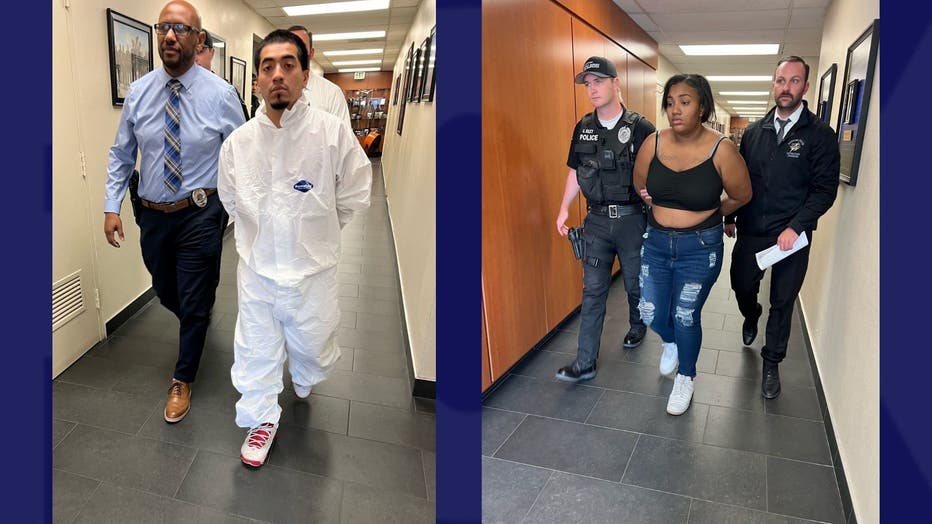 Police issued warrants for the couple's Barstow home as well as their car, where officials say they found evidence believed to have been used during the child's assault.

Mendez and Miller were booked to the West Valley Detention Center in Rancho Cucamonga and charged with murder.

Anyone with information on this case is asked to call Barstow Police Detective Matthew Helms at (760) 255-5132 or at mhelms@barstowca.org.