Vehicle plunges 100 feet off side of road near Malibu, killing one and injuring another

MALIBU, Calif. - Authorities Wednesday identified a young man who was killed when the sports car in which he was a passenger tumbled about 100 feet off the side of a road in an unincorporated area near Malibu.

The 1996 Mazda Miata was found about 3:50 p.m. Tuesday down an embankment near Stunt and Schueren roads, according to the California Highway Patrol and the Los Angeles County Fire Department.

Adrian Salinas, 18, of Oxnard in Ventura County, died at the scene, according to the coroner's office and the CHP. 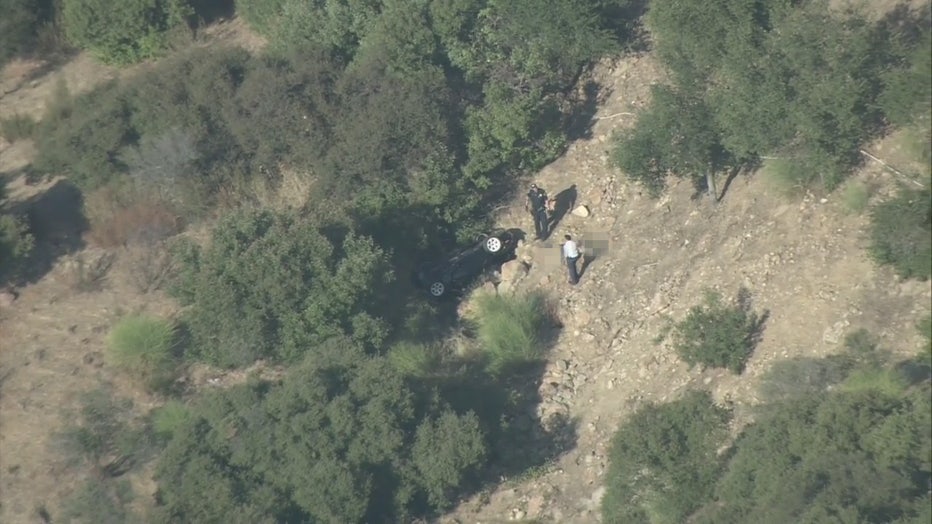 The driver, a 17-year-old Oxnard boy, was taken to a hospital for treatment of major injuries, the CHP reported. His name was not released.

According to the preliminary investigation, the car may have crashed a few hours before the wreckage was discovered, the CHP reported.