LOS ANGELES - A South Los Angeles man pleaded not guilty Tuesday to federal charges of illegally transporting tons of explosives, including dangerous homemade fireworks that were detonated by police, leading to a massive explosion that destroyed a specially designed containment vehicle and injured 17 people.

Arturo Ceja III planned to sell the fireworks throughout the neighborhood in celebration of the Fourth of July holiday, according to the U.S. Attorney's Office.

The federal complaint alleges that Ceja, 26, made several trips to Nevada in late June to purchase various types of explosives -- including aerial displays and large homemade fireworks containing explosive materials -- that he transported to his home in rental vans.

Most of the explosives were purchased at Area 51, a fireworks dealer in Pahrump, Nevada. The complaint notes that fireworks in California can be sold for as much as four times what purchasers pay for them in Nevada. 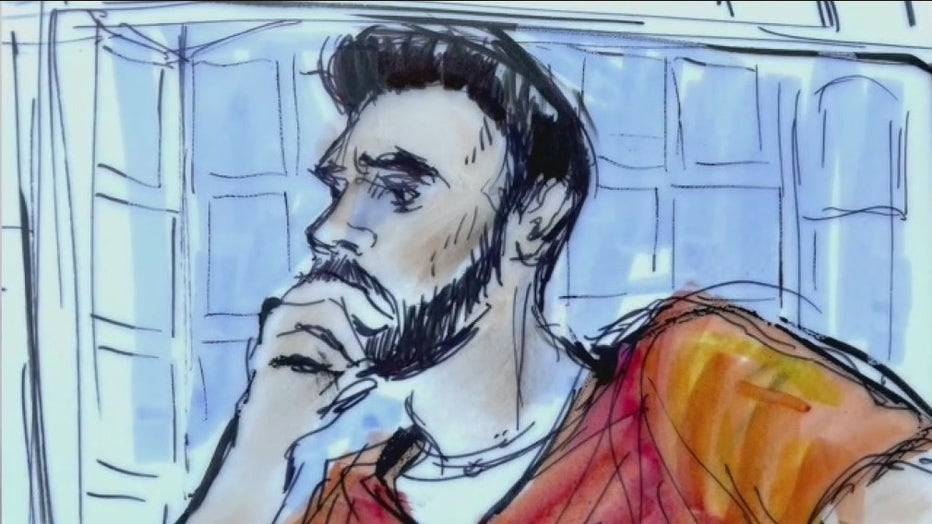 Ceja told investigators that he purchased the homemade explosives -- constructed of cardboard paper, hobby fuse and packed with explosive flash powder -- from an individual selling the devices out of the trunk of a Honda in the Area 51 parking lot, according to the complaint.

"Ceja did not possess an ATF explosives license or permit of any kind that would authorize him to transport either aerial display fireworks or homemade fireworks made with explosive materials, including but not limited to flash powder," according to an affidavit prepared by a special agent with the federal bureau and attached to the complaint.

On June 30, after receiving a tip that fireworks were being stored in Ceja's backyard, Los Angeles Police Department officers responded to his residence on East 27th Street. At the house, officers allegedly found more than 500 boxes of commercial grade fireworks in large cardboard boxes.

The fireworks were "stored outside and in an unsafe manner, namely under unsecured tents and next to cooking grills," the complaint alleges, adding that the commercial fireworks or homemade fireworks, which contained explosive materials, were not stored in an approved method.

In addition to the commercial fireworks, the initial search of Ceja's residence led to the discovery of more than 140 other homemade fireworks -- typically referred to M devices of varying sizes -- as well as explosives-making components, including hobby fuses that matched the fuse on a homemade mortar shell wrapped in tin foil discovered inside the residence, according to the affidavit.

While the fireworks were being removed from Ceja's home, an LAPD bomb squad determined that some of the homemade fireworks containing explosive materials were not safe to transport due to risk of detonation in a densely populated area and therefore would be destroyed on scene using a total containment vessel.

During the destruction of the devices, the entire vessel exploded, sending 17 residents and first responders to hospitals, and damaging 22 residences, 13 businesses and 37 vehicles.

So far, 14 households have been able to reoccupy their South Los Angeles homes. The city has rented 29 long-term units for households awaiting structural repairs.

The LAPD has begun implementing new procedures as a result of the explosion, including the required presence of a commanding officer during future detonations.

The City Council unanimously ordered a report from the department on the "failed operation" and how the public will be better protected in the future. The City Attorney's Office was also instructed to ensure that people are properly compensated for property damage and injuries.

The office has received 145 claims for money for damages, and 62 were still being processed as of July 28.