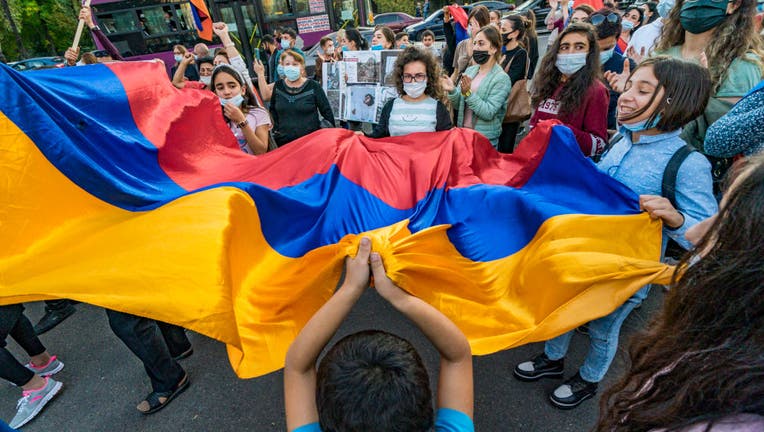 Protesters shake an armenian flag during a demonstration in Yerevan, Armenia. (Photo by Celestino Arce/NurPhoto via Getty Images)

YEREVAN, Armenia - Armenia and Azerbaijan have agreed to a humanitarian truce, the
Ministry of Foreign Affairs of the Republic of Armenia stated Saturday.

The Ministry of Foreign Affairs released the following statement:

Heavy fighting over the region of Artsakh continues into its third week. Much of its infrastructure has been destroyed and residents have been displaced.

The latest fighting that began on Sept. 27 has involved heavy artillery, rockets and drones, killing hundreds.

Nagorno-Karabakh (also known as Artsakh) lies within Azerbaijan but has been under the control of ethnic Armenian forces backed by Armenia since 1994.