Under new DA, alleged child decapitator, deputy ambusher would be eligible for parole in 20 years

Under reforms from new Los Angeles&nbsp;County DA George Gascón, the suspects in two cases involving the decapitation of two kids, and the shooting ambush of two deputies, will both be eligible for parole after serving 20 years in prison, if convicted.

LOS ANGELES - Under reforms from new Los Angeles County District Attorney George Gascón, the suspects in two cases involving the decapitation of two kids, and the shooting ambush of two deputies, will both be eligible for parole after serving 20 years in prison, if convicted.

In December 2020, 34-year-old Maurice Taylor was charged with the murder and decapitation of two of his children, ages 13 and 12, inside the family's Lancaster home.

"This was by far the most horrific crime scene I have ever seen," said Detective Steve Blagg.

RELATED: Father forced kids to look at their decapitated siblings as he deprived them of food: Prosecutors

Blagg is a veteran homicide investigator with the LA County Sheriff’s Department and is handling the heinous case.

"He admitted to myself and my partner what he did," Blagg said. "He actually used an ax to take their heads off their body, and that is something that took some doing, and was very brutal. He believed both children were demons."

But Blagg tells FOX 11, George Gascón’s reforms are having a drastic impact on the case. "When we filed the case, it was the day after Mr. Gascón took office," Blagg said. 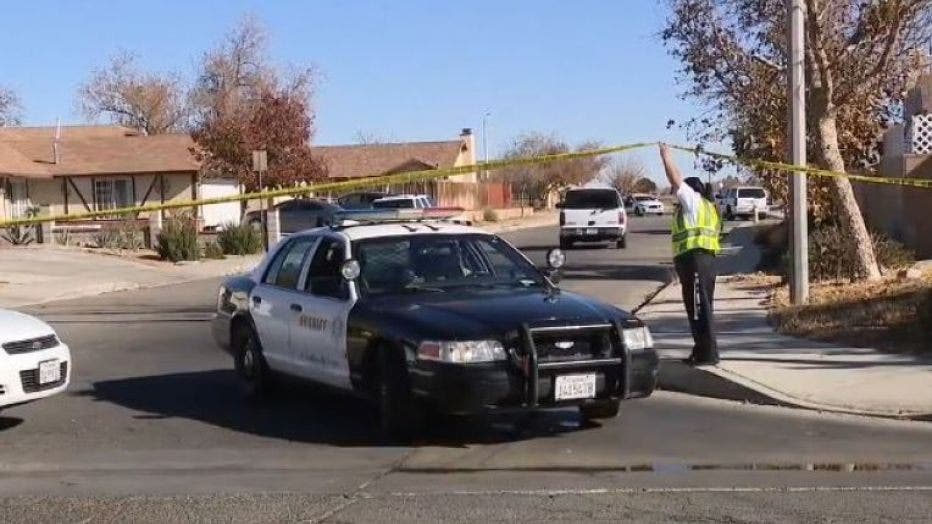 "This case, due to multiple murders, there would have been special circumstances attached which would have made the defendant eligible for the death penalty, or life in prison without parole."

Gascón has banned his office from filing special circumstances, and none were filed in the case.

Gascón previously told the media that Taylor’s murder charges would be punishment enough. "He would be imprisoned for more than half a century," Gascon said.

"To me, that’s a complete falsehood, and Mr. Gascón should know that as an attorney," Blagg said.

Blagg said with no special circumstances filed in the case, the 34-year-old Taylor would be eligible for an elderly parole hearing in his early fifties, after spending 20 years in prison, if convicted.

Detective Blagg is also handling the case of the September 2020 ambush shooting of two LA County Sheriff’s deputies in Compton, both of whom were shot in the face by a gunman while sitting in their patrol.

"It was just a straight ambush, and he tried to kill both of those deputies," Blagg said. The harrowing video showed the bloodied deputies moments after the shooting, with deputy Claudia Apolinar guarding her partner and treating his wounds. Deonte Murray, 36, a convicted felon, was later charged with the attempted murder of both deputies and was also charged in an armed carjacking days before the ambush. 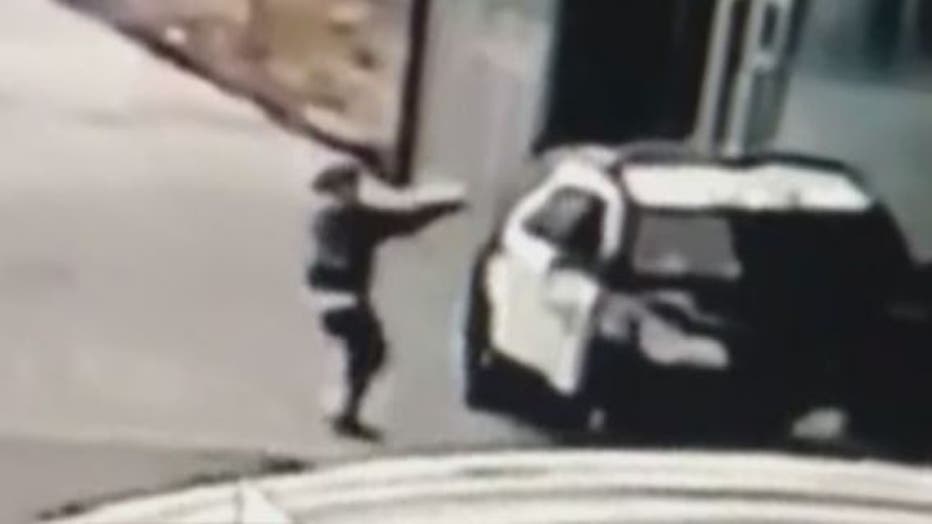 "He flat-out shot the victim in broad daylight with an assault rifle and then stole his car," Blagg said. Under Gascon’s new reforms, his office will seek to drop all gun enhancements with great bodily injury for both shootings, which would potentially shave decades of prison time off Murray’s sentence, if he’s convicted.

On top of that, detective Blagg told FOX 11 that Murray also has a previous strike for felony terroristic threats, which would have banned him from receiving an elderly parole hearing, but because Gascón is refusing to prosecute strikes as part of his reforms, Murray will be eligible for an elderly parole hearing in his mid-fifties after serving 20 years, if convicted.

"He has never once expressed any remorse," Blagg said. "This is an individual that doesn’t care, to me if he was to get out early, there’s no doubt he will continue his life of crime."

FOX 11 reporter Bill Melugin spoke with deputy Apolinar Wednesday night, who is still recovering from being shot in the jaw and is still going through physical therapy.

"I am very disturbed by the new DA's directive to dismiss the enhancements on the suspect who ambushed my partner and I. His lack of concern for the rights and safety of my partner and I and every victim of violent crime speak volumes regarding his stance on not only victim’s rights, but true justice. He should be supporting victims of crimes and protecting the public from criminals; not making them look like victims.  A person who willfully and deliberately tried to murder two deputy sheriffs without provocation should not be able to walk free again, period.  The events of that day will live on my mind forever, but slain victims will never get that opportunity. He refuses to stand for them as well; leaving their family and those affected by the loss to grieve forever. The district attorney should be supporting victims and making sure justice is sought; not denigrating victims and their surviving family members. I will continue to serve the public, the same should be said for Mr. Gascón."

Mr. Gascón’s team told FOX 11 they have no comment in response to this story. Wowever, they have previously told us that a parole hearing doesn’t guarantee release. They said the parole board only grants parole roughly 15% of the time.