Father forced kids to look at their decapitated siblings as he deprived them of food, prosecutors allege

LANCASTER, Calif. - Prosecutors said Wednesday that a man charged with decapitating two of his children allegedly forced his two younger children to view their slain siblings, whose remains were in the family's Lancaster home for five days before he was arrested.

Maurice Jewel Taylor Sr., a 34-year-old personal trainer, was charged Tuesday with two counts of murder for the deaths of his 12-year-old son, Maurice Taylor Jr., and 13-year-old daughter, Malaka, along with two felony counts of child abuse under circumstances or conditions likely to cause great bodily injury or death involving his 8- and 9-year-old sons.

The District Attorney's Office confirmed that the two older children had been decapitated.

• Father charged in decapitation of son, daughter in Lancaster

• Man arrested after his 2 kids found dead at Lancaster home

Prosecutors allege that the two children were stabbed Nov. 29 and that the two younger boys were shown their slain siblings and were forced to stay in their bedrooms for several days without food.

Their bodies were inside the family's home in the 45000 block of Century Circle when authorities arrived at 7:50 a.m. last Friday, according to Los Angeles County sheriff's Deputy Eric Ortiz.

Sheriff's Lt. Brandon Dean confirmed the suspect's wife and their other two children were questioned by homicide detectives, who arrested the father just before 6:30 p.m. Friday. 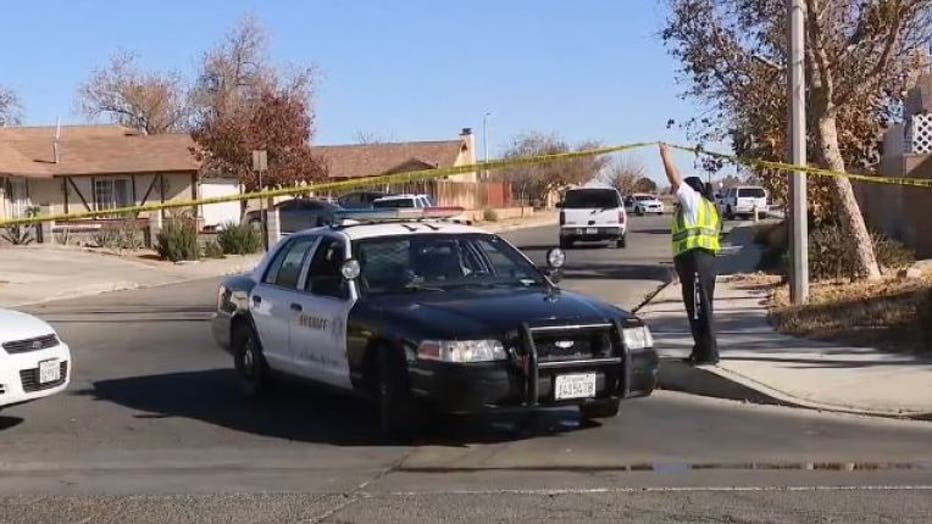 Taylor worked at a physical therapy center in Santa Monica but had been conducting training sessions via Zoom due to the coronavirus pandemic. Some of his clients contacted authorities when they could not reach him for scheduled appointments in the week leading up to the discovery of the victims.

A woman -- presumably the mother of the victims -- and the other two children at the home were questioned by homicide detectives, who arrested the father just before 6:30 p.m. Friday.

He was initially held in lieu of $2 million bail, but his bail was increased Tuesday to $4.2 million while he awaits arraignment Dec. 21 at the Lancaster courthouse.

Taylor faces a potential state prison sentence of 57 years and four months to life if convicted as charged, according to the Los Angeles County District Attorney's Office.