LOS ANGELES - "Millions of families have their American Dream story, and that’s what I fight for everyday."

A day after being selected to fill the Senate seat soon-to-be vacated by Vice President-Elect Kamala Harris, California’s Secretary of State Alex Padilla spoke to FOX 11’s Elex Michaelson about his appointment, agenda, and lengthy career in California politics.

Padilla will become the first Latino to serve as a California Senator since the state was admitted in 1850.

"There’s a long list of what needs to be tackled," Padilla said of his Senate priorities, "from expanding health care access to include everybody, to tackling climate change, a true existential threat, making our economy and our democracy much more inclusive than it’s been, but you can’t get to all of that effectively without dealing with the COVID-19 pandemic. So, hot issue number one, priority number one, front-burner number one, two, and three, needs to be COVID, COVID, COVID."

Padilla praised lawmakers for their work this week passing a $908 billion stimulus package, but said that more relief is needed, as he says the end of the pandemic is nowhere in sight.

Shifting from policy to procedure, Michaelson asked Padilla his stance on the Senate filibuster, a practice which many Democrats, including former President Barack Obama have called to be done away with.

Padilla agreed that the practice, which allows a member to extend debate until 60 Senators vote to invoke cloture, should be discarded. 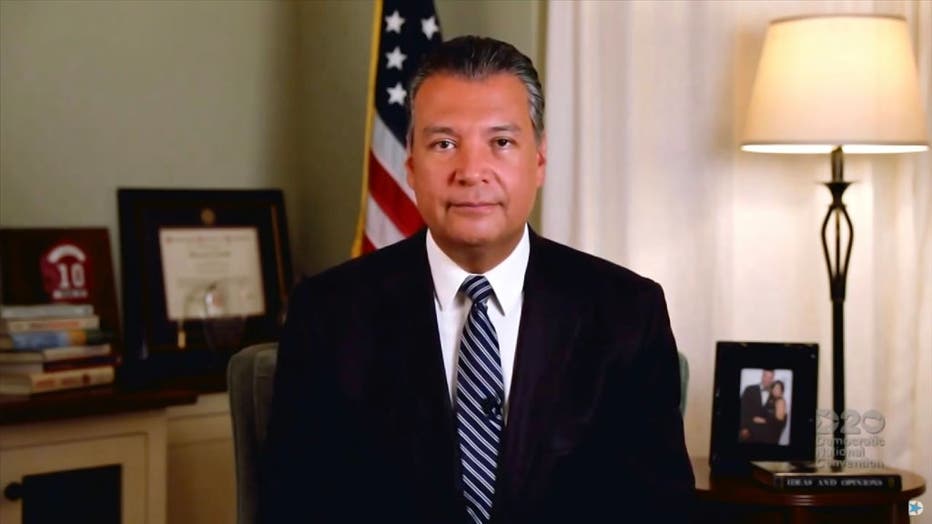 (Photo by DNCC via Getty Images)

Padilla’s work in public service dates back to the mid-90s, during which time he worked as a campaign manager for Assemblyman Tony Cardenas, Assemblyman Gil Cedillo, and State Senator Richard Alarcon. In 1995, he also served as an aide to Senator Dianne Feinstein (D-CA), who he will now be serving alongside.

Starting in 1999, Padilla then spent seven years as a member of the LA City Council, five of which he served as President. That stint was followed by nearly eight years in the California State Senate, where he succeeded Alarcon. Since 2015, Padilla has held the position of California’s Secretary of State.

Given those decades of experience, Michaelson asked Padilla about the lessons he’s learned that he’ll be able to apply once he is sworn in as California’s 45th Senator.

"Theres’ three that I’ll always take with me," Padilla said. "Ultimately, public service is about what ideas you can have to make people’s lives better. Number two, relationships, can we build the relationships that either force public opinion, to line up the votes, you know, whatever support is necessary to advance those ideas. And, ultimately, to think big and be bold."

Outside of public service, Padilla also discussed the lessons he’s learned from his parents, Santos and Lupe Padilla, Mexican immigrants from Jalisco and Chihuahua, who married after meeting in Los Angeles.

Padillia, who is set to become California’s first Latino Senator, described how his parents inspired him, his work, and his worldview.

"They’re both immigrants from Mexico," Padilla said. "They met in Los Angeles back in the late 60’s, fell in love, decided to get married, applied for Green Cards, in that order, and I thank the US government everyday for saying ‘yes,’ because if those applications had been denied, no doubt my life story would be a lot different."

Recounting his childhood, Padilla noted that his father, a short-order cook, and his mother, who cleaned houses, instilled  the values in him and his siblings of doing well in school, and service to others.

"Watching them struggle, sacrifice, and work hard to provide our generation with better opportunity, that’s as American dream as it gets," Padilla said. "And to think that in just one generation, our family can claim a member now representing the most populous state in the nation in the United States Senate, I’m overcome with emotion just thinking about it."

In a wide-ranging interview on The Issue Is, Padilla also opened up about his children, the impact California’s Proposition 187 had on his entrance into public service, the need for more diversity in our state and nation’s leadership, and his resolutions for 2021.

The Issue Is is California's only statewide political show. Watch FOX 11 Los Angeles Fridays at 10:30PM. For more showtimes and information, go to TheIssueIsShow.com.