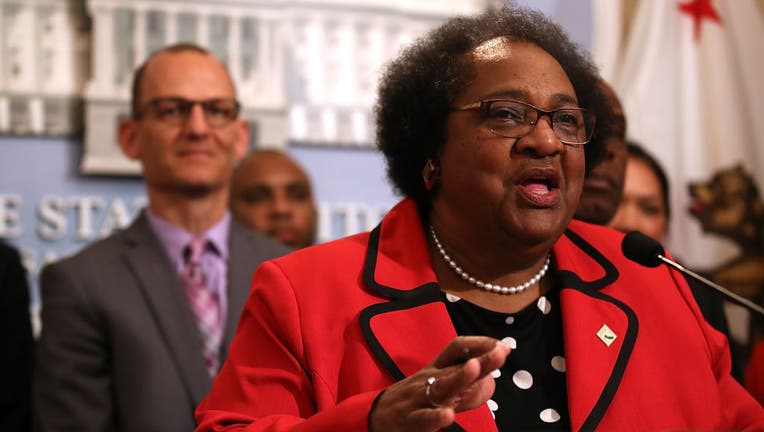 SACRAMENTO, Calif. - Governor Gavin Newsom announced Tuesday that he will submit to the State Legislature the nomination of San Diego Assemblymember and Chair of the California Legislative Black Caucus, Dr. Shirley N. Weber, as the next California secretary of state, filling the seat that will be vacated by Secretary of State Alex Padilla once he assumes office in the United States Senate.

The governor nominated Assemblywoman Shirley Weber, D-San Diego, to take over as secretary of state. If confirmed by the Legislature, Weber will become the first Black woman to ever hold that position. Weber has been in the Assembly since 2012 and chairs the California Legislative Black Caucus.

"Dr. Weber is a tireless advocate and change agent with unimpeachable integrity," Governor Newsom said in a statement.

"The daughter of sharecroppers from Arkansas, Dr. Weber’s father didn’t get to vote until his 30s and her grandfather never got to vote because he died before the Voting Rights Act passed in 1965. When her family moved to South Central Los Angeles, she saw as a child her parents rearrange furniture in their living room to serve as a local polling site for multiple elections. Now, she’ll be at the helm of California’s elections as the next Secretary of State – defending and expanding the right to vote and serving as the first African American to be California’s Chief Elections Officer," Newsom said

"I am excited to be nominated for this historic appointment as the Secretary of State of California. I thank Governor Newsom for the confidence he’s placed in me and his belief that I will stand strong for California. Being the first African American woman in this position will be a monumental responsibility, but I know that I am up for the challenge. Expanding voting rights has been one of the causes of my career and will continue to motivate me as I assume my new constitutional duties," said Dr. Weber.