Deputies say they responded to a robbery call at Big Trip Manufacturing on Rancho Road shortly before 9:30 p.m. on Wednesday, March 30. According to a 911 caller, the business had just been robbed by four men.

The witness says the men drove up to the business in a '90s GMC Yukon. When the security guard approached the group, he was thrown to the ground and held at gunpoint. All four men had guns, according to officials.

The group then drove off, abandoning the car near Hook Boulevard and Cobalt Road in Victorville, and was discovered to have been stolen. 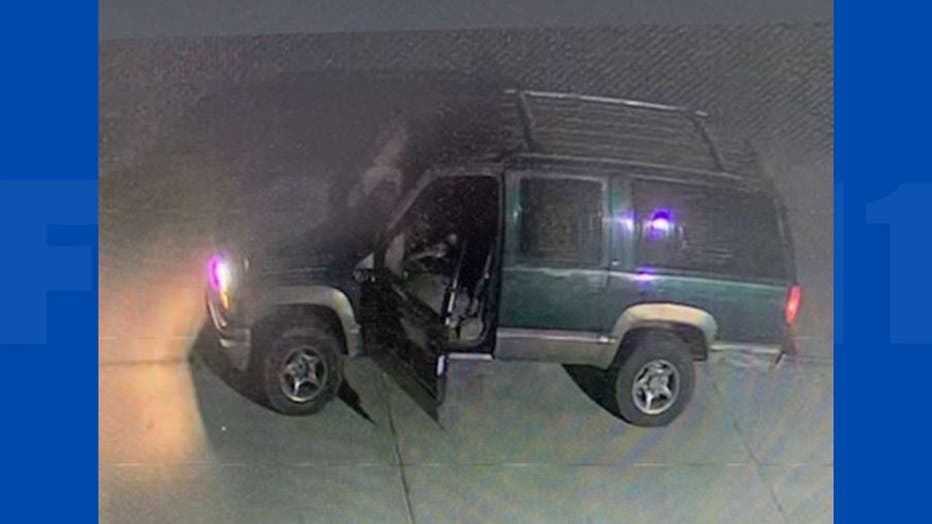 Deputies did not have detailed descriptions of the men involved, apart from what they were wearing. The first suspect was approximately 6 feet 5 inches tall, and was wearing a black hoodie with "Scarface" in red on the front and a picture of Tony Montana on the back; black sweatpants; black shoes and green gloves. Another was seen in red Vans with white stripes, a black hoodie, and a hat. The third suspect was wearing all black, including a hoodie with writing on the sleeves. He was also wearing green gloves. The final suspect was wearing a gray sweatshirt with a symbol on it, black sweatpants, black shoes and white gloves.

The San Bernardino County Sheriff's Department is still investigating the robbery. Anyone with information is urged to call deputies at (760) 552-6800.