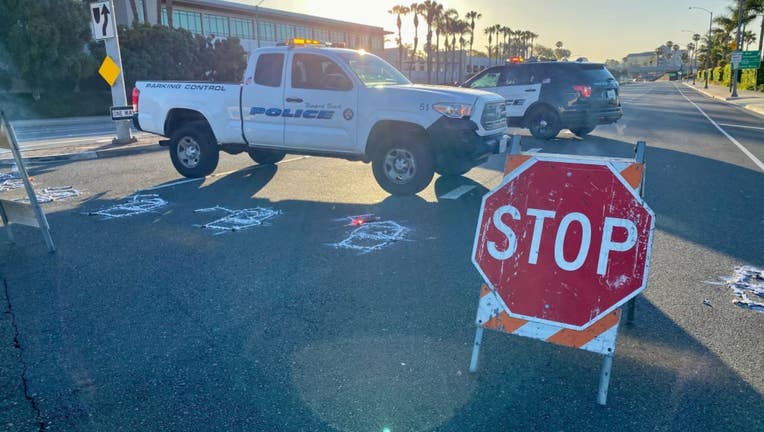 Police responded to the 300 block of Pacific Coast Highway around 12:45 a.m. after receiving several calls of a single-vehicle collision.

Officers say a vehicle traveling eastbound on Pacific Coast Highway struck a curb and collided with some construction equipment located on the south side of the road. The three people in the car died at the scene. Three construction workers suffered minor injuries and were transported to the hospital.

Both eastbound and westbound lanes of Pacific Coast Highway were initially closed from Superior Avenue to Riverside Avenue, they reopened around noon Thursday.