TORRANCE, Calif. - We met 2-year-old Noah Eyo at his Torrance home with his mom Nicole, and dad David on Monday.

Baby brother Isaiah was sleeping upstairs. As my cameraman and I watched the toddler race through the family’s apartment, it was hard to believe he had been a cancer patient for much of the year. 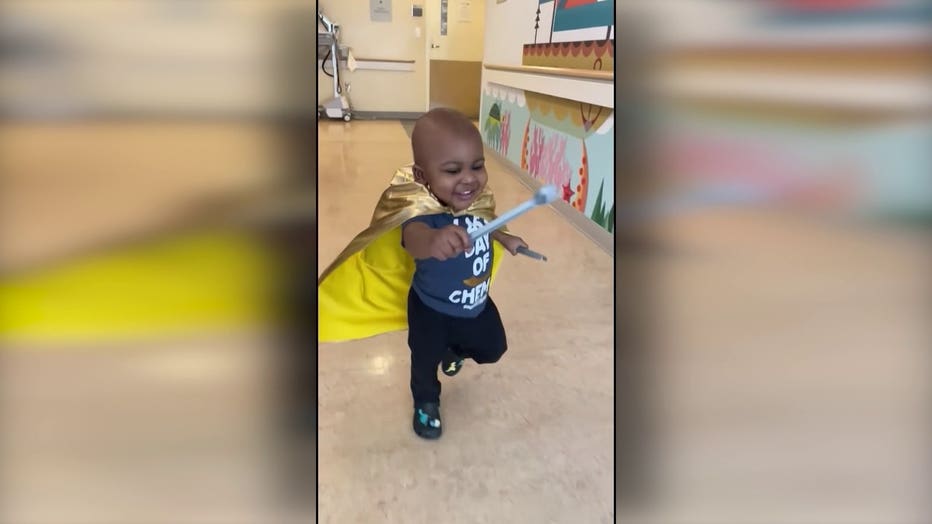 Noah played on his hot wheels, peered at the camera lens and jumped from parent to parent.

It was last February when the young parents learned that Noah had liver cancer. The discovery was made during a routine check up for the boy. He was so young that he was still nursing.

About the time Noah’s health emergency was discovered, Nicole and David learned she was pregnant with a second child. So as little Noah went through several rounds of chemotherapy, at Ronald Reagan UCLA Medical Center, which left him nauseous and scared, his mom was experiencing morning sickness at the same time.

In addition to the chemo, little Noah had two surgeries and a liver transplant.

Nicole told FOX 11, she spent nights with him in the hospital as he underwent the cancer-fighting treatment. Noah knew when he opened his eyes the following morning, his mom would always be there. The family also had nothing but praise for their son’s physicians, saying they were like uncles and aunts to Noah.

Several videos of Noah during his battle against cancer are incredibly moving. There’s Noah running gleefully wearing a superhero’s cape at his final chemotherapy session. And theres video of him ringing the bell at his last treatment for chemo. His mom called it a "victory bell" because with his latest cancer screening showing no signs of the disease, there are no plans for the toddler to return for more treatment. 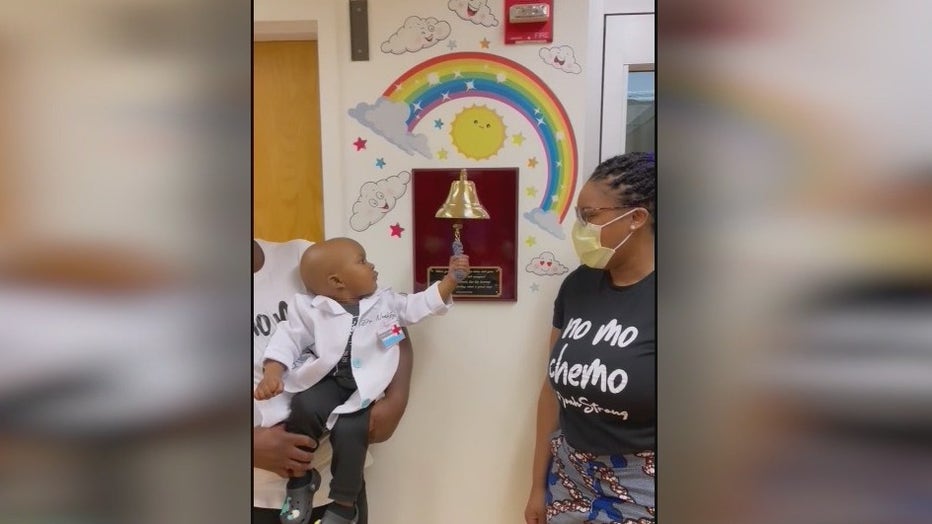 I asked Nicole what she would tell her young son about his health battle when he was old enough to understand. She said, "I will tell him he was a warrior."

For more on Noah’s cancer battle and the Eyo Family Journey, check out @nikkidanielle on Instagram.

And for more information on one of the organizations, Little Wishes, which was instrumental in helping Noah while in the hospital, check out their website. This nonprofit grants wishes to sick kids while they are in the hospital. The patient is granted a wish every two weeks during their hospital stay.

In Noah’s case, he wished for toys. I’m sure you all join me in wishing Noah and his family continued great health and nothing but happiness! Thank you Noah for inspiring all of us with your courage!