Pilot killed after plane crashes near 210 freeway in Sylmar

A pilot was killed Wednesday in the crash of a small airplane on an embankment near the westbound Foothill (210) Freeway in the Sylmar area.

LOS ANGELES - A 62-year-old man was killed after a small plane crashed on the side of the 210 freeway in Sylmar.

The Los Angeles Fire Department responded to the westbound side of the 210 freeway near Hubbard Street around 12:30 p.m. Wednesday.

The pilot was found dead at the scene and officials say no additional people were inside the aircraft. The plane is a twin-engine Cessna 337 Skymaster.

The Los Angeles County coroner's office identified John King as the pilot. His city of residence wasn't released by the coroner's office, but Federal Aviation Administration records list King as a Torrance resident and the owner of the twin-engine Cessna 337 Skymaster.

The fire department contained a small fuel leak when they arrived; there was no immediate fire issue. 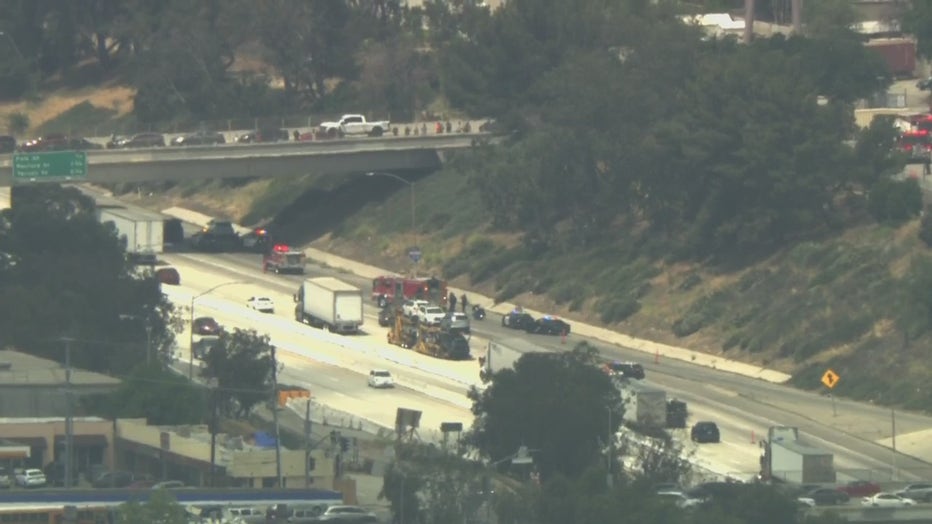 It is unknown what caused the crash.

The crash occurred in the vicinity of Whiteman Airport in Pacoima.

The crash is the third in recent months to occur in the vicinity of Whiteman Airport, prompting questions about its continued operation. In November, a plane crashed in a neighborhood near the runway, killing a Civil Air Patrol pilot. In January, a plane landed on train tracks near the airport and was struck by a Metrolink train.

In January, the county Board of Supervisors asked its staff to begin compiling documents and data that would need to be presented to the FAA if the county opted to seek a closure of the airport.

"Tragically, another life cut short by a plane crash, and my heartfelt condolences to the victim's family," she said. "Pending confirmation of its departure, the frequency of these incidents should warrant an immediate closure and investigation over the private operations at Whiteman Airport out of respect for the lives of the victims, their families and our community."

The FAA and National Transportation Safety Board is investigating.