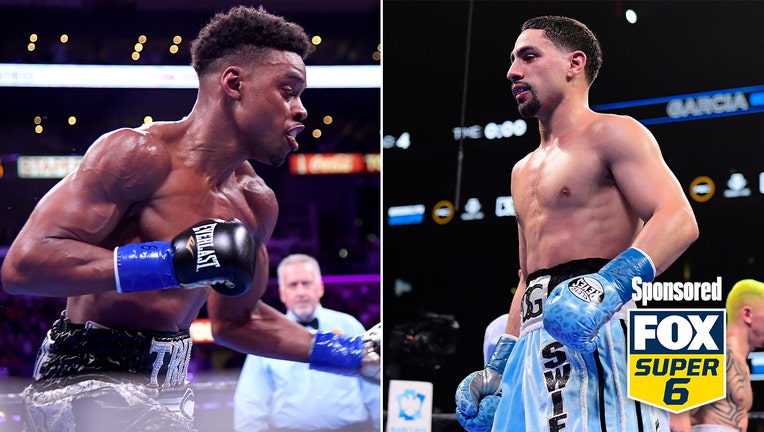 There’s nothing like a great fight card on a Saturday night to make the blood percolate inside a sports fan.

When the gloves touch and two elite boxers stand in the center of the ring with one another, nothing else in the world seems to matter. While the landscape of the boxing sport has changed, the big event still generates feelings that are unrivaled in athletics.

On Saturday night on FOX Sports Pay-Per View, Errol “The Truth” Spence Jr. and Danny “Swift” Garcia matchup at AT&T Stadium in Arlington, Tx. will give fight fans that early holiday gift of goosebumps. And with the FOX Super 6 app, you can early $1,000 to buy the family some really good presents as well.

To play, all you have to do is go to the FOX Super 6 app on your phone or tablet device. When you click on the app, you will see the entry for Saturday night’s fight card. Just go onto the app, swipe for the results for each of the six categories that you think will win and then watch the fight card to see if you won.

Here are the six questions that you will have to answer:

What will be the outcome of the Miguel Flores vs. Eduardo Ramirez fight?
The choices are Flores KO/TKO, Flores Decision, Ramirez KO/TKO, Ramirez Decision and Draw.

The WBC Featherweight Title Eliminator sees Ramirez, a 27-year-old Southpaw who is 23-2-3 with 10 knockouts, take on the 28-year-old Flores (24-3-0, 12 knockouts). Ramirez has a one inch reach advantage. It will be Ramirez’s first fight since a fourth round TKO of Leduan Barthelem in Nov. 2019. Flores replaced Julio Ceja, who had to withdraw due to illness. It will be Flores’ first bout since a unanimous decision loss to Leo Santa Cruz last November.

What will be the outcome of the Sebastian Fundora vs. Habib Ahmed fight?
The choices are Fundora KO/TKO, Fundora Decision, Ahmed KO/TKO, Ahmed Decision and Draw.

The Super Middleweights take center stage in a title eliminator match as undefeated lefthander Sebastian Fundora (15-0-1, 10 KOs) takes on Habib Ahmed (27-1-1, 18 KOs). Fundora has a six inch reach advantage on Ahmed. Fundora won his first fight in 13 months back in August when he knocked out Nathaniel Gallimore in the 6th round. Ahmed had a fight against Alantez Fox called off in August and hasn’t fought since May, 2019.

What will be the outcome of the Josesito Lopez vs. Francisco Santana fight?
The choices are Lopez KO/TKO, Lopez Decision, Santana KO/TKO, Santana Decision and Draw.

This 10-round welterweight fight features  “The Riverside Rocky” Lopez, the 36-year-old veteran with a 37-8-0 record against “Chia” Santana, who is 25-8-1 in his career. Both fighters are aggressive. Lopez was on the last card headlined by Spence Jr. and earned an 8th round knockout of John Molina Jr. at the Staples Center in Sept, 2019. Santana has lost his last two fights, most recently a unanimous decision to Jarrett Hurd back in January.

Spence’s fight are not pigeon-holed into one particular area. He has 21 knockouts and that included those that span the entire length of the fight from the first to the 12th round.  Garcia has built a 36-2-0 record with 21 knockouts, but has worn guys down with later round knockouts.

With both guys ability to land big punches – Garcia’s left hook, Spence’s southpaw style- both give a unique style matchup. One of the things to expect is the amount of quality punches that make an impact and do some damage.

What will be the outcome of the Erroll Spence Jr. vs. Danny Garcia fight?
The choices are Spence Jr. KO/TKO, Spence Jr. Decision, Garcia KO/TKO, Garcia Decision or Draw.

Spence is listed at FOXBet.com as the -333 favorite in the fight and decision is the choice at -125. However, don’t rule out Garcia’s ability to become tactical. If he can survive Spence’s flurry at the front of the fight, he could find a way to win it.