The series follows a 12-year-old girl named Devin, who plays for the Kentville Kangaroos soccer team, otherwise known as "The Kicks."

"The Kicks" is an "empowering, fun-filled New York Times bestselling middle grade series about believing in yourself and working as a team," according to an online description of the series.

"So I've written 10 books in the series, 'The Kicks,' and it seems like girls absolutely love them, and I love being able to share experiences and draw off of my past for these books," Morgan said. 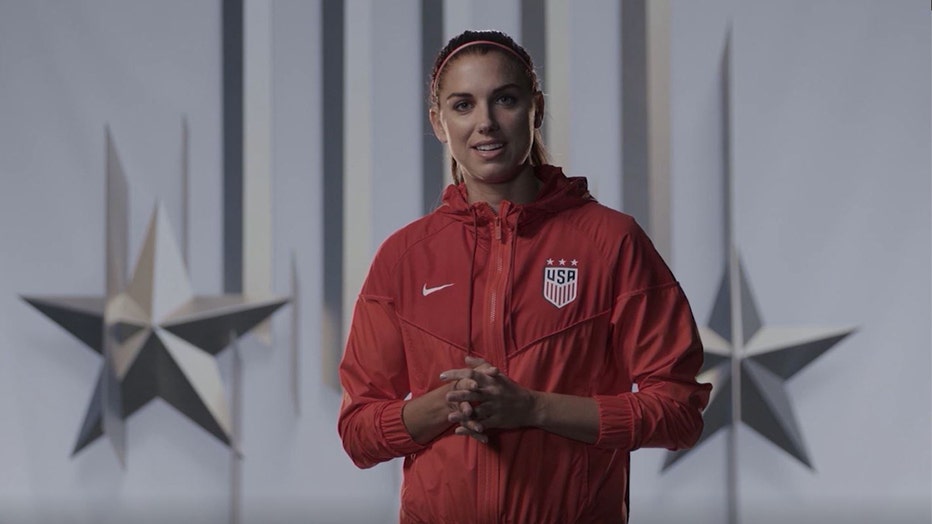 The first book in the series, "Saving the Team," includes "a note from Alex." It showed a note that the Olympic gold medalist wrote to her mom when she was 8 years old.

"Hi Mommy! My name is Alex and I am going to be a professional athlete for soccer!" Morgan wrote.

The FIFA Women's World Cup champion said her mom put that note on the fridge, which strengthened her resolve and commitment to making her dream a reality.

"Just like Devin is committed to being co-captain and making the Kangaroos the best team they can be," Morgan wrote.

The star forward also credited the great people in her life, including her family and the USWNT, who are her "second family."

"We work together, travel together, and even live together. If we didn't get along so well, both off the field and on, we wouldn't be a gold-medal-winning team," she wrote. "Likewise, without Jessi, Emma and Zoe, Devin would never have worked so hard to help make the team great."

The next books in the "The Kicks" include "Sabotage Season," "Win or Lose," "Hat Trick," "Shaken Up," "Settle the Score," "Under Pressure," "In the Zone," and "Choosing Sides." The books are available for purchase on Amazon, through publisher Simon & Schuster and other retailers.

Amazon Prime Video also features Season 1 of the live-action series "The Kicks." Morgan said she is not yet sure if there will be a second season.

"But I believe there will be something else hopefully for young girls and young women to be able to watch that surrounds a soccer team pretty soon. We'll see," she said, smiling.

Watch it on FOX

From June 7 to July 7, 24 teams will go head-to-head across nine host cities, playing 52 matches to determine the champion. The U.S. will kick off their group against Thailand on June 11 (3 p.m. ET) at Auguste Delaune Stadium in Reims.