Excited Dodger fans wait in line for memorabilia in Pasadena

Dodger fans are wasting no time in getting a piece of Dodgers' history!

But, whether young or old they stood in a long line waiting for Dick’s Sporting Goods in Pasadena to open so they could buy World Champion Dodgers' apparel.

In a few cases, they sat on the sidewalk. One fan told us, “Oh I’m comfortable. My stomach is at peace finally!”

It was a stressful series. Fan after fan telling FOX 11 they weren’t only Dodger fans, but also Laker fans thrilled that L.A. is a city with two titles in less than one month! 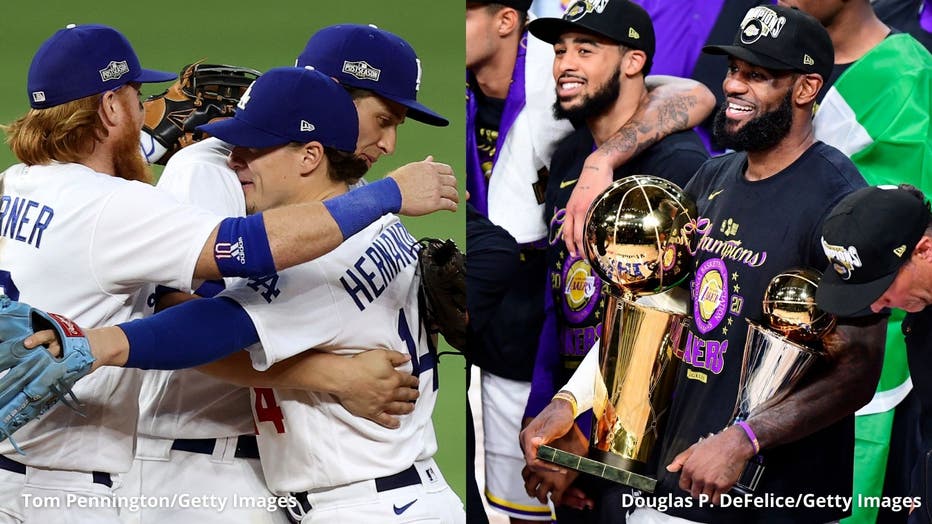 To be clear, this is the second championship in three weeks!

One fan told us, “I am proud of the Lakers and I said ‘get ready because the Dodgers are next’ and look at what happened.”

Another said, “I’m just overcome with emotion. 2020 has been a rough year and now with sports going on it’s a platform to come together.”

Said another, “I was one-and-a-half when Showtime and the Dodgers won."

Said a third, proudly, “I’m 32 years old. The last time they did this I was being born!”

All these people think there should be a victory celebration for the Dodgers and the Lakers.

They’d love a parade. But, given COVID-19 they know that won’t work, But, one fan had a pretty good idea.

She said, “It would be hard but I say do it at the Dodger Stadium since it’s outside.

Maybe have both teams…Lakers and Dodgers at the Dodger Stadium outside and then social distance.”