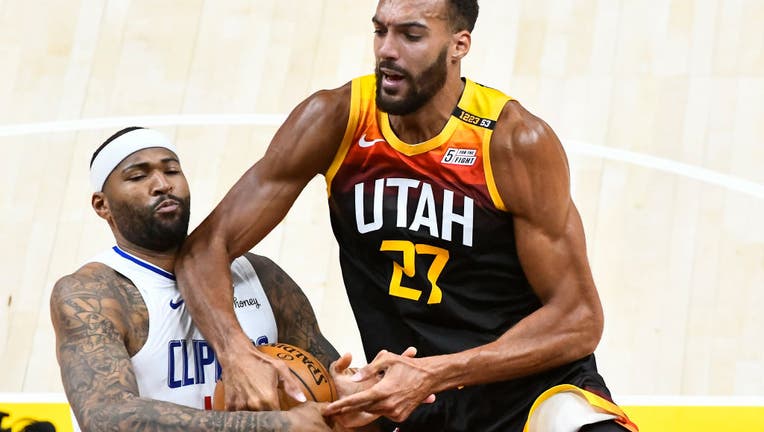 SALT LAKE CITY - It was a battle in Salt Lake City on Tuesday night as the Los Angeles Clippers took on the Utah Jazz with the Vivint Arena court serving as a battlefield. With evident signs of fatigue and a sold-out crowd rooting against them, the Clippers came up short, losing 109-112.

The high-stakes, fast-paced game had anyone watching at the edge of their seat the entire time.

The Clippers are looking to avenge their early exit from the playoffs last season. In addition, both teams have a lot to prove as neither franchise has ever won an NBA championship. For the Clippers, they have yet to even reach the Western Conference Finals.

Clippers head coach Ty Lue remained tight-lipped about the starting lineup that was revealed about a half-hour before the game. Beginning in Game 3 in Round 1, Lue opted to start Reggie Jackson and Nicolas Batum over Patrick Beverly and Ivica Zubac.

Utah’s Mike Conley and Los Angeles’ Serge Ibaka did not play due to injuries.

NBA all-stars Kawhi Leonard and Paul George didn’t start off particularly well on Tuesday night and never quite got into the groove. Luckily, power forward Marcus Morris was off to a hot start and it didn’t take long for Lue to make rotation changes, bringing in Zubac, Luke Kennard, Rajon Rondo, and Terance Mann all in the first quarter. `

Utah’s defensive methods to stop Leonard were effective, including solid work by Bojan Bogdanovic. In the first half, Leonard was only able to score 7 points and had 3 fouls.

Batum made a ravishing 3-pointer in the final seconds of the second quarter. At the half, the Clippers were up 60-47.

Donovan Mitchell and the Jazz came out in the third quarter fighting and quickly closed the Clippers’ lead by three points. Mitchell continued to be explosive in the third and fourth quarters, finishing the game with 45 points.

In the second half, the Utah crowd grew noticeably louder which fueled the Jazz's energy.

The Clippers were surrounded in the paint throughout the second half of the game, making for offensive challenges.

The game was tied at 79 points at the end of the third quarter.

Reggie Jackson made a few solid buckets in the game but found himself in foul trouble toward the end. With eight minutes left on the clock, Jackson got his fifth personal foul, as the Clippers trailed 91-95.

Utah's crowd taunted George with "Playoff P" chants. George struggled in the fourth while Leonard got to the rim as much as he could. However, it wasn't enough.

Jackson was visibly upset when he fouled out with six minutes left in the game.

The Clippers had a chance to tie the game and go into overtime in the final seconds of the fourth quarter. A pass between George, Leonard, and finally to Morris did not result in the 3-point shot that was needed. It was instead blocked by Rudy Gobert as time ran out.

This series will be a test of endurance and grit for the Clippers who only had one day of rest between Game 7 in the quarterfinals and Game 1 in the semifinals. In contrast, the Jazz had six days of rest. Also in Round 2, there will only be a single day of rest between games for the entire series. The schedule for the rest of the series is listed below:

During the 2019-20 season, Utah was bumped from the playoffs in the first round and the semifinals were an absolute nightmare for the Clippers who blew a 3-1 lead and lost to the Denver Nuggets in Game 7 in the semifinals. Doc Rivers was fired, Tyronn Lue was brought in to replace him, and multiple roster changes were made.

ESPN’s Stephen A. Smith called Milwaukee’s latest effort, or lack thereof, a "national embarrassment," against the Brooklyn Nets on "First Take" Tuesday morning. Brooklyn’s Kevin Durant dropped a game-high 32 points against Giannis Antetokounmpo and company, as Milwaukee was demolished 125-86 on Monday night. Brooklyn currently leads 2-0 and if Milwaukee doesn’t find a solution, they are in jeopardy of being swept.

The Phoenix Suns continue to be spectacular. Chris Paul, Devin Booker, Mikal Bridges, Deandre Ayton were all sensational in the Round 2 opener against the Denver Nuggets. Denver’s Aaron Gordon was notably impressive offensively and defensively, bringing some relief to Center and 2020-21 NBA MVP, Nikola Jokic. The Suns are currently 1-0 in the series.

Filled with twists and turns, the Sixers-Hawks matchup has already made for a rollercoaster of a series and a more even matchup compared to the other series in the East. After a sluggish start in Game 1, Joel Embiid proved why he was in the conversation as league MVP, scoring 40 points in Game 2 on Tuesday.