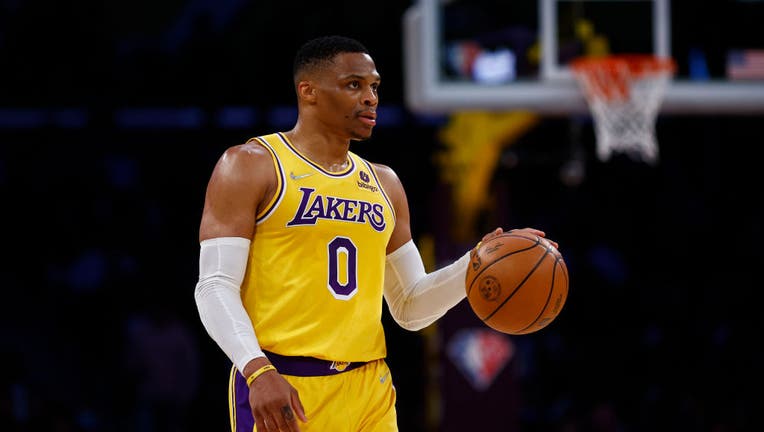 LOS ANGELES - Fans of the Los Angeles Lakers celebrated after it was announced that one of the most successful franchises in NBA history would be adding LA native Russell Westbrook to its roster.

The idea of having a big three of LeBron James, Anthony Davis, and Westbrook seemed like a guaranteed trip to the NBA Finals. However, as the season began, what was predicted to be a dream season quickly became a nightmare.

James and Davis have been sidelined at different points of the season due to injuries and Westbrook, the highest-paid player on the team has been struggling. Not only has he been struggling on the court with a dip in his shooting percentage, but now, he admits the effects of his concerning performance have weighed on his family.

Westbrook’s wife, Nina, said on social media that she’s been harassed on a daily basis.

"When I’m being harassed on a daily basis over basketball games, and I’m having obscenity’s and death wishes for me and my family sent my way because you’re expressing your "truth", it’s hard for me to get on board with that," she tweeted. "I don’t do the things that I do to receive attention, to get clicks, or for show. This is not a game to me. Basketball is a game. This is my life, my children’s lives, and my family's life. Shaming anyone for any reason is never the answer."

"When it comes to basketball, I don't mind the criticism of missing and making shots. But the moment it becomes where my name is getting shamed, it becomes an issue," he said after a 117-110 loss to the Spurs Tuesday night.

Westbrook even admitted he doesn't want his kids going to the games due to the "Westbrick" taunts. Westbrook has a 4-year-old son and twin 3-year-old daughters.

"I don't even want to bring my kids to the game because I don't want them to hear people calling their dad nicknames and other names for no reason because he's playing the game that he loves," he added, as reported by Yahoo! Sports.

Legendary Laker, Magic Johnson, who said over the weekend that if the Lakers don’t make it to the playoffs, trading for Westbrook could go down as the worst trade in Lakers history, also came to the Westbrook family’s defense.

"Laker Nation, it's our responsibility to come together and support Russell Westbrook and his family. Threats and attacks on the Westbrook family are completely unacceptable and will not be tolerated. There's no place in sports for this type of behavior, period," he wrote on social media.

The Lakers have had a roller-coaster of a season and now sit in ninth place in the Western Conference, which would put them in the play-in tournament with the playoffs set to begin next month. They were embarrassed by their hallway rivals last week, losing to the Clippers 132-111 at the Crypto.com Arena, but were propelled to a 124-116 win against Golden State, thanks to James’ 56-point masterful performance.

The Lakers face the Houston Rockets on Wednesday night.