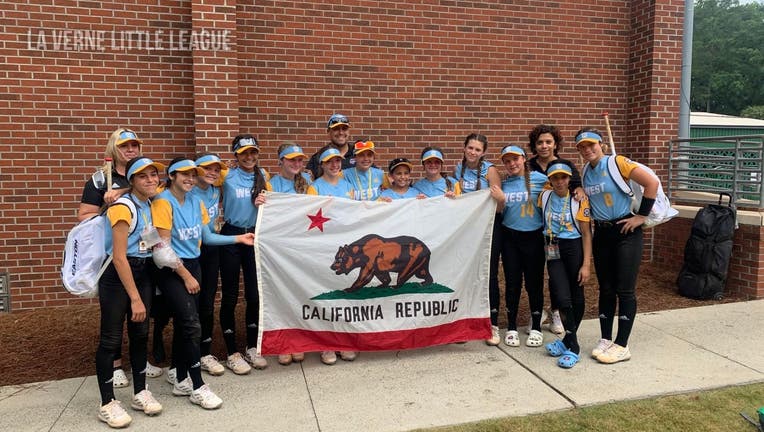 Pitt County had five consecutive batters reach base with two outs in the top of the third inning, scoring four runs. All the runs were unearned because of a two-out, two-base error by Ava Fisher, the La Verne third baseman, on a ground ball hit by Ava Coward, that allowed Harper Bradley, who singled, to score the first run.

Michelle Jenkins, the next batter, doubled in Coward and scored on Sarah Booth's single. Booth advanced to second on the throw to the plate and scored on two wild pitches by Katie Coldiron.

Pitt County combined back-to-back singles, a sacrifice, a run-scoring wild pitch and a sacrifice fly for two runs in the fifth in the six-inning game.

The ladies of La Verne are putting the community on the map after extending their magical tournament run in the Little League Softball World Series.

La Verne was out-hit, 8-5, with Laney Sweeney getting two of its hits, a first-inning single and leadoff double in the seventh.

The game was scheduled to begin at 10 a.m. Eastern Daylight Time, but the first pitch didn't occur until 1:34 p.m. because of weather conditions in the Greenville, North Carolina area.

Pitt County, based in Winterville, North Carolina, earned a spot in the World Series as the host region champion.

Six teams from the original field of 12 will remain in contention for the championship at the conclusion of Friday's play. The tournament is set to conclude Monday.

La Verne avoided elimination Thursday with a 7-1 victory over the all- star team from the Issaquah Little League of Issaquah, Washington, the Northwest Region champion, scoring six runs in the sixth inning to break a 1-1 tie. Pitt County avoided elimination later Thursday with an 8-0 victory over the all-star team from the Guayama Softball Little League of Guayama, Puerto Rico, the Latin American champion.

Thursday's game was the first for Pitt County since its loss to La Verne.

La Verne, the West Region champion, was relegated to the elimination bracket in the modified double-elimination tournament after losing 6-1 Wednesday to Chesterfield.

La Verne was attempting to become the fourth team from Los Angeles County to win the World Series, and the first since 1990 when the all-star team from the Foothill Little League in Glendale won. Los Angeles County's other two champions were also from Glendale.