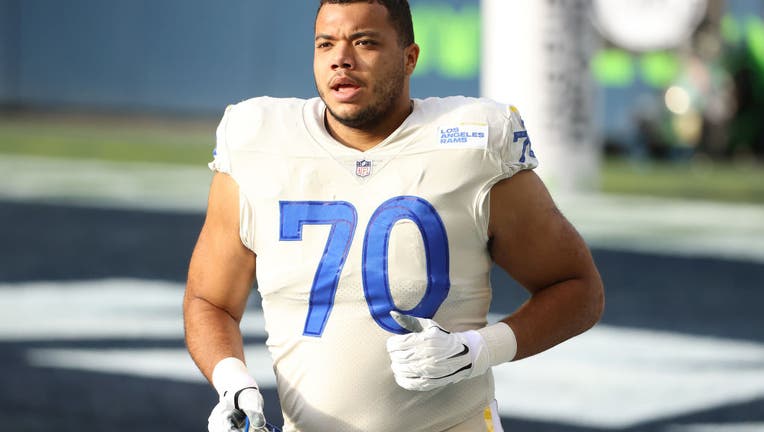 SEATTLE, WASHINGTON - DECEMBER 27: Joe Noteboom #70 of the Los Angeles Rams looks on before their game against the Seattle Seahawks at Lumen Field on December 27, 2020 in Seattle, Washington. (Photo by Abbie Parr/Getty Images)

ESPN reported Noteboom will sign a three-year deal worth up to $47.5 million with the Los Angeles Rams, which includes $25 million guaranteed.

The 26-year-old is said to be a long-term option and will be a go-to starter once Andrew Whitworth retires, Sports Illustrated reported.

Noteboom went to Texas Christian University where he played four different positions on the offensive line.