The dates are set for the 2028 Summer Olympics, which will be here in Los Angeles.

"We are going to see those Olympics come back and the countdown begins today," Garcetti said at a news conference at John C. Argue Swim Stadium in the shadow of the Coliseum. "We are so excited."

Garcetti was joined at the announcement by International Olympic Committee President Thomas Bach.

It will mark the third time Los Angeles has hosted the Games, following 1932 and 1984. The city had initially bid to host the 2024 Games, but it was awarded the 2028 Olympics instead in a unique compromise agreement that put the 2024 event in Paris.

The Paralympic Games will follow the Olympics, beginning Aug. 15, 2028.

Garcetti, speaking to reporters, said he was confident that Los Angeles will turn a profit from the Olympics because the city already has the infrastructure to host the Games. 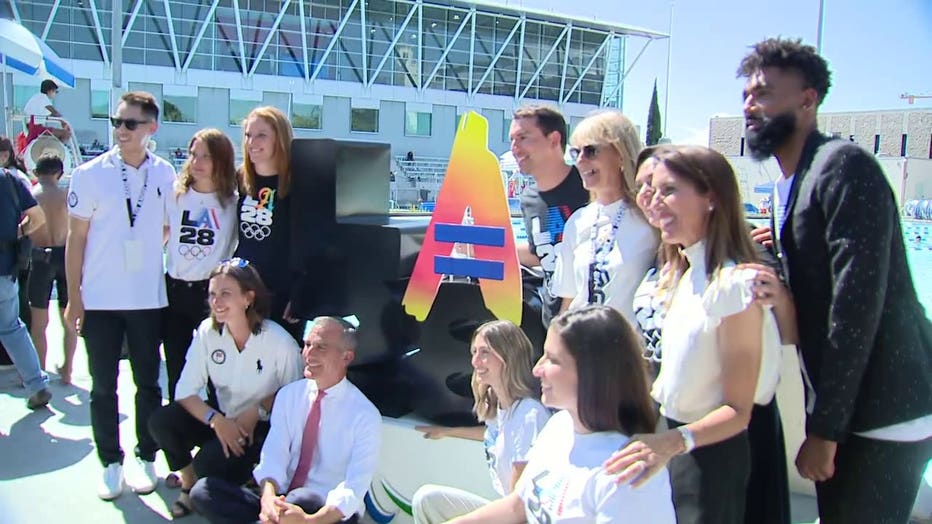 "We're ready to do the games next week if we wanted to," Garcetti said. "We really have enough facilities. We don't have to build new things. That's always been our competitive advantage and the pitch to the Olympics. We're not going to go into debt. We're not going to overspend. We are building these things for ourselves and the Olympics can use them, not vice versa."

According to Garcetti, other host cities build infrastructure specifically for the Olympics, but Los Angeles is building for itself.

"We've invested in new stadiums, new arenas for us," Garcetti said. "The Olympics can use them. That guarantees that we're not going to leverage our city's future just to host the Games, but vice versa."

Garcetti called the Olympics an opportunity to make Los Angeles the "most accessible city in the country" in terms of adding housing and transportation. He saw parallels between the 1984 Olympics and what the 2028 Games could do for the city.

"If you think about back to the '80s, think about the late '70s," Garcetti said. "We had inflation. We had war. We had some of the same things that we're struggling (with). We had a housing crisis. We had a homelessness crisis. The Olympics in '84 was a jumping off point for the rebirth of our city. And I think '28 will be as well."

Bach spoke about the PlayLA initiative, launched in 2021 with the help of a $160 million commitment by the IOC to help kids across Los Angeles participate in sports at little to no cost. It marked the single largest commitment to youth sport development in California.