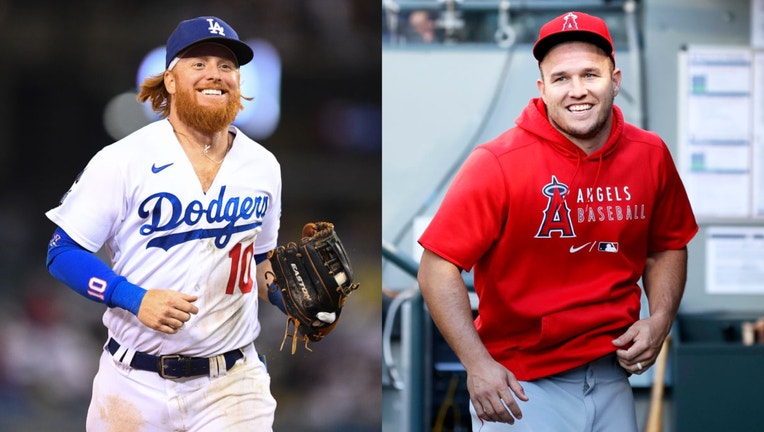 LOS ANGELES - One player from each Major League Baseball team was named as a nominee for the annual Roberto Clemente Award. Among the nominees for the league-wide award are some of the biggest names in Los Angeles baseball: Justin Turner and Mike Trout.

The award honors the life and legacy of Clemente for players who not only excel on the field, but also give back and are involved in their community.

On Wednesday, Pittsburgh Pirates players and coaches will wear No. 21 to mark Roberto Clemente Day, celebrated by Major League Baseball on the start of Hispanic Heritage Month. Players from Puerto Rico, annual Clemente Award winners and this year’s Clemente Award nominees also have the option to wear his jersey number. Additional players may be allowed to wear 21 based on team ability to have them in time.

"The Roberto Clemente Award is bestowed annually to the player who best represents the game of Baseball through extraordinary character, community involvement, philanthropy and positive contributions, both on and off the field," according to MLB.

The Hall of Famer and philanthropist died in a plane crash on New Year’s Eve 1972. He was aboard a cargo plane that was carrying supplies to those impacted by a massive earthquake in Nicaragua.

Born in Puerto Rico, Clemente became the first Latin American player elected to the Baseball Hall of Fame and continues to be remembered for his mark on and off the field.

Not only was he an active member of the community, but he also had numerous accolades for what he did on the field. Clemente was a 12-time Gold Glove winner, 15-time All-Star, a National League and World Series MVP. 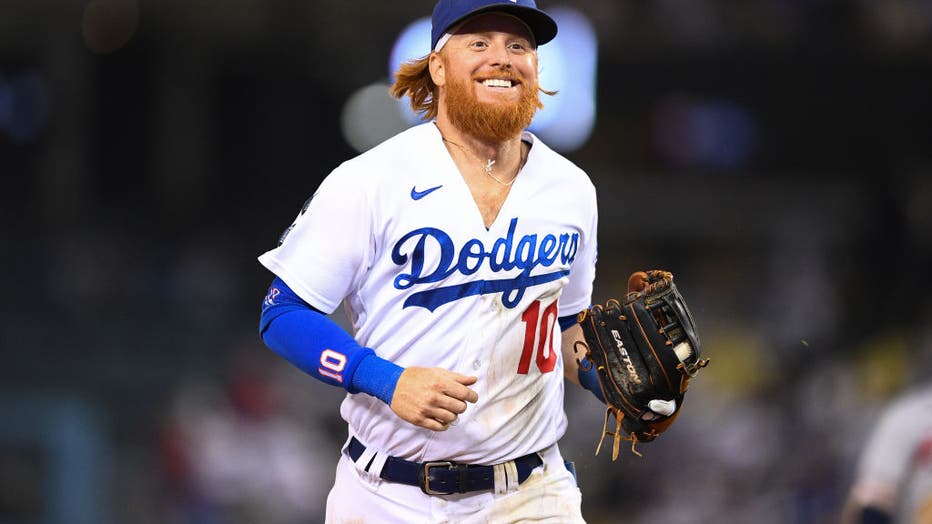 For Los Angeles Dodgers star Turner, this is his fifth nomination in four years.

MLB wrote the following in part about Turner’s off-field accomplishments:

During his time in Los Angeles, the native Angeleno has become ingrained in the community, giving his time, energy and financial support to a variety of charitable efforts, including the Justin Turner Foundation (JTF), which he founded in 2016 with his wife, Kourtney. The Foundation’s official mission is to support homeless veterans, children (and their families) battling life-altering illnesses and diseases, and various youth baseball organizations, though that encompasses only a fraction of the Turners’ impact and dedication to serving the community. 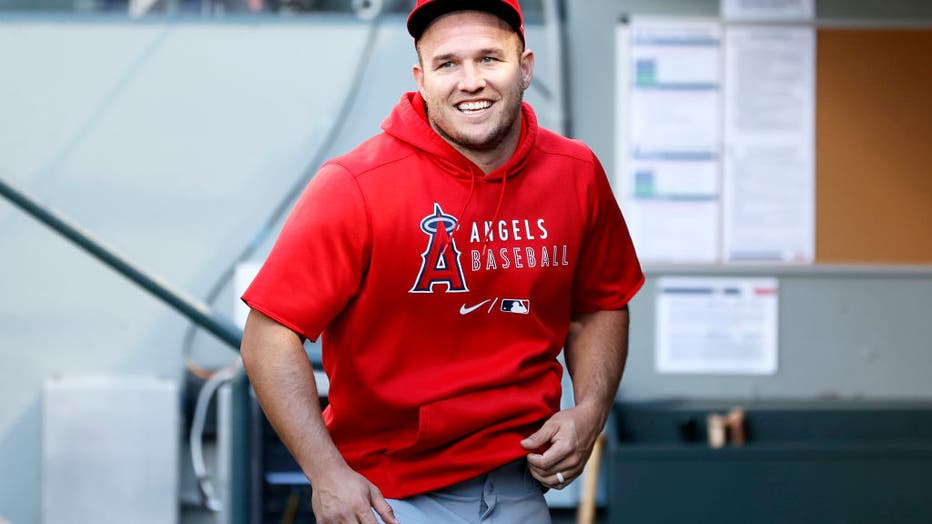 SEATTLE, WASHINGTON - APRIL 30: Mike Trout #27 of the Los Angeles Angels looks on from the dugout before the game against the Seattle Mariners at T-Mobile Park on April 30, 2021 in Seattle, Washington. (Photo by Steph Chambers/Getty Images)

For LA Angels slugger Trout, the league wrote in part:

Over the years, Trout has participated in numerous charitable events including granting numerous wishes each season through Make-A-Wish. He has been a regular participant in Angels Baseball’s monthly visits to children’s hospitals. In addition, he has recorded countless video messages to encourage children around the country who are fighting their own battle with illnesses and setbacks. He personalizes these memories so that each encounter is special and is meant specifically for that person. Every day he makes time to be of service to people in need or to share a special moment with young fans.

Fans have until Oct. 3 to vote.