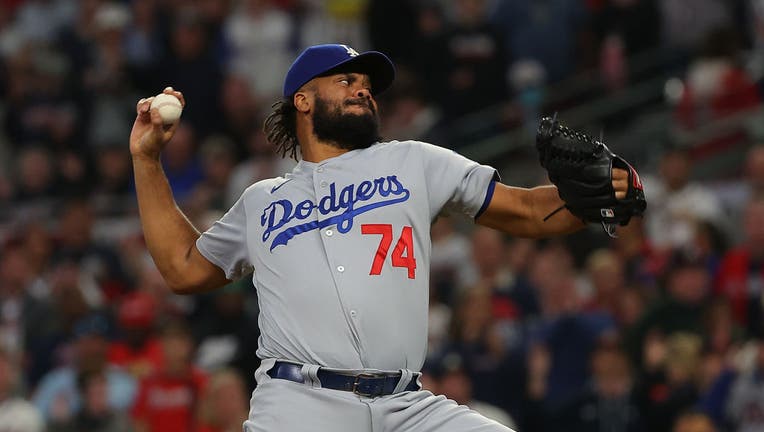 ATLANTA, GEORGIA - OCTOBER 23: Kenley Jansen #74 of the Los Angeles Dodgers throws a pitch during the eighth inning of Game Six of the National League Championship Series against the Atlanta Braves at Truist Park on October 23, 2021 in Atlanta, Georg

Former Dodger Kenley Jansen has signed a 1-year deal with the Atlanta Braves Friday night. The deal is worth $16 million, according to the Braves.

In 12 seasons in the show – all with the Dodgers – Jansen was named a National League all-star three times and put together 350 saves in the regular season. He notched 19 saves in the postseason, including two during the Dodgers' 2020 World Series run.

Jansen leaves Chavez Ravine as the franchise's all-time saves leader with 350. He surpassed Eric Gagne's previous franchise record of 161 after shutting the door against the Washington Nationals in Los Angeles' 4-1 win in June 2016.

As of Friday night, Dodger skipper Dave Roberts have not formally appointed the team's next closer.