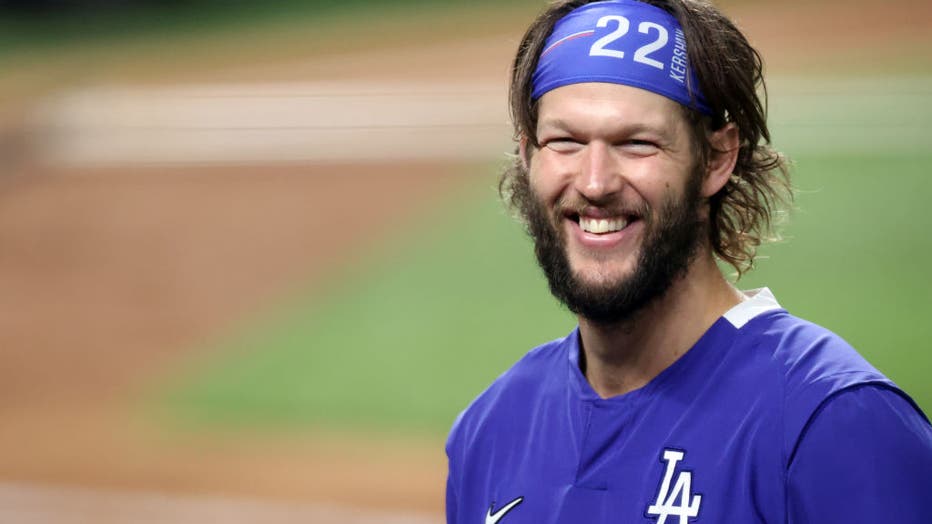 ARLINGTON, TEXAS - OCTOBER 20: Clayton Kershaw #22 of the Los Angeles Dodgers celebrate his teams 8-3 victory against the Tampa Bay Rays in Game One of the 2020 MLB World Series at Globe Life Field on October 20, 2020 in Arlington, Texas. (Photo by T

According to a report from The Athletic's Ken Rosenthal, Kershaw is expected to sign with the Boys in Blue on a 1-year deal.

Since making his MLB debut in 2008, the 3-time NL Cy Young winner has been a mainstay on the Dodgers starting rotation. Kershaw is considered one of the best pitchers of his generation, racking up eight all-star nods, winning the league's ERA title five times and was named the NL MVP in 2014.

The Dodgers have not made formal announcements on the signing as of Friday afternoon.