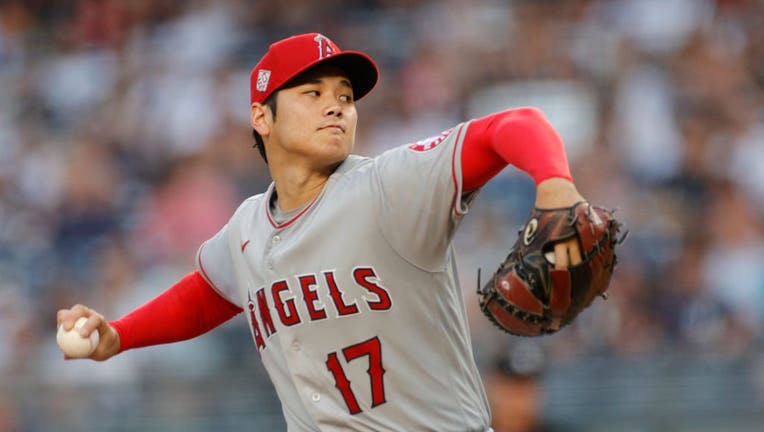 Shohei Ohtani #17 of the Los Angeles Angels pitches during the first inning against the New York Yankees at Yankee Stadium on June 30, 2021 in the Bronx borough of New York City. (Photo by Sarah Stier/Getty Images)

Ohtani is the first player in Major League Baseball history to be named an All-Star as both a position player and a pitcher.

Ohtani has captured the baseball world by storm from both the batter's box and on the mound. The 26-year-old phenom and now a first-time MLB All-Star enters Monday with 33 home runs, 56 extra-base hits, 210 total bases and a .698 batting average.

Ohtani is the first player in MLB history to be named an All-Star as both a position player and a pitcher.

He was selected via fan voting as the starting designated hitter for the American League and was also selected as a pitcher via Player Balloting.

On Monday night, Ohtani will also participate in the Home Run Derby.

The 2021 Major League Baseball All-Star Game will be played Tuesday, July 13, at Coors Field in Denver.