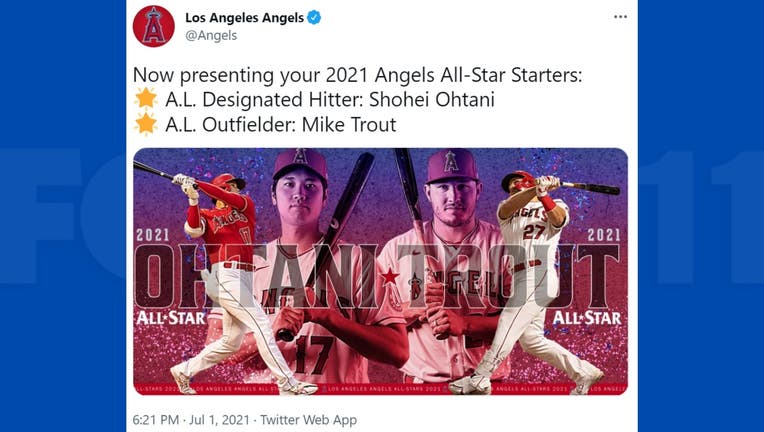 Outfielder Mike Trout and DH and pitcher Shohei Ohtani were both named American League starters Thursday for the Midsummer Classic in Colorado.

Ohtani has captured the baseball world by storm from both the batter's box and on the mound. The 26-year-old phenom and now a first-time MLB All-Star enters Thursday with 28 home runs and a .277 batting average in 75 games and put together a respectable 3.60 ERA in 60 innings as a pitcher.

While Trout remains one of the league's biggest stars, the 3-time AL MVP and now a 9-time All-Star has not played since May 17 due to a strained right calf. The Angels have not provided a specific timetable for Trout's return.

Trout is expected to be replaced on the field for the All-Star Game due to his injury.

In addition to possibly starting for the American League All-Stars, Ohtani will compete in the Home Run Derby, making him the first pitcher to take part in the contest.

Pitchers are selected through a combination of player votes and "choices made by the Commissioner's Office," according to MLB.