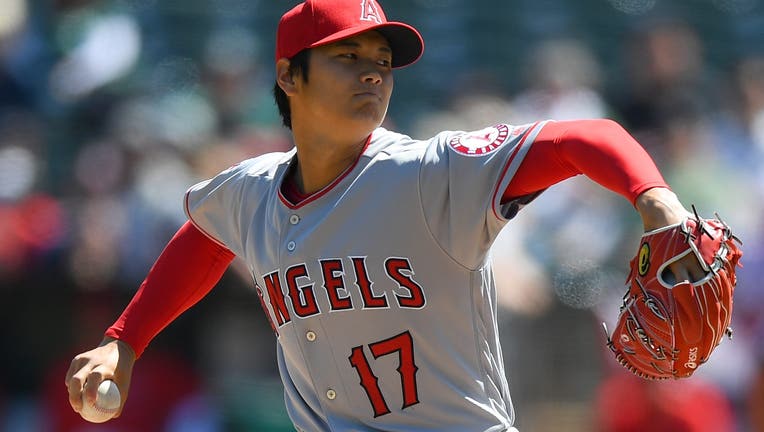 Shohei Ohtani #17 of the Los Angeles Angels of Anaheim pitches in the bottom of the first inning of his Major League pitching debut against the Oakland Athletics at Oakland Alameda Coliseum on April 1, 2018 in Oakland, California. (Photo by Thearon W

This year's Home Run Derby will be held on July 12 at Coors Field in Denver, according to MLB.

Ohtani will be the first pitcher to take part in the competition. He will also be the first Japanese-born player to compete in the Derby

The rest of the Home Run Derby players have not yet been announced.

Ohtani led the Angels to a 7-5 victory against the Detroit Tigers on Thursday night, yielded five hits and a run over six strong innings.

Ohtani (3-1) also drew two walks at the plate for the Angels, who celebrated the Big A’s return to full capacity with their 15th win in 23 games.

"Definitely felt good pitching in front of a lot of people," Ohtani said through his translator. "Definitely better than no fans. It gives me energy, gives me confidence. Only good things come out of the fans being there."