Wonder Woman Flight of Courage opens to the public on Saturday, July 16.

SANTA CLARITA, Calif. - Get ready for some maximum thrills!

It's the tallest and longest single-rail coaster on the planet, according to Six Flags, propelling riders single file through the sky over 3,300 feet of track at speeds up to 58 mph.

"This is awesome," FOX 11 Good Day LA Tony McEwing said after going on a test ride Thursday morning on Good Day LA. "I absolutely love it. I’ve never ridden a coaster like this before where you ride tandem where you don’t have anyone sitting next to you. So, that adds to the fright and thrill of it all."

McEwing is known for his expertise and passion for thrill rides.

Take a look back at Tony's love for rollercoasters through the years.

Leading up to the ride, guests who enter the queue will experience Greek architecture and tropical landscaping, learning how Wonder Woman got her superpowers along the way. 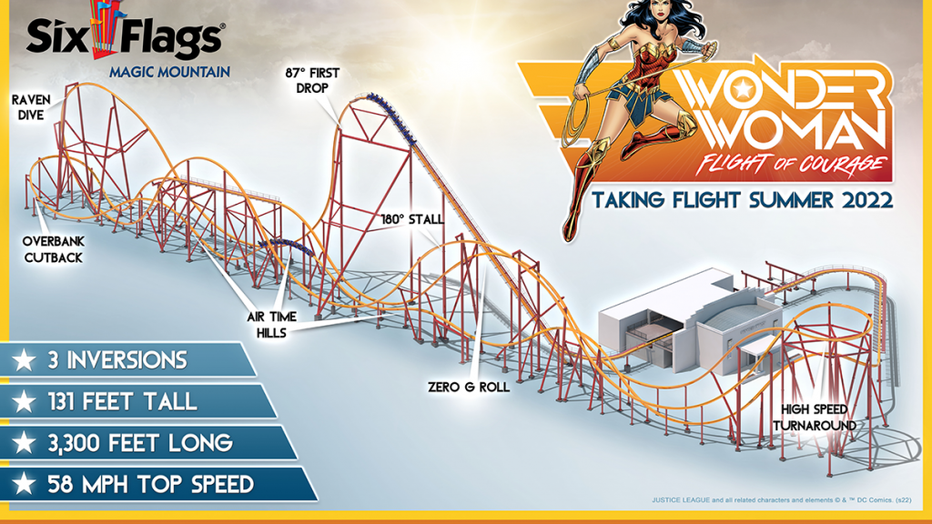 Wonder Woman Flight of Courage will be located in the six-acre DC Universe area of the park, which will be expanded and remodeled to include a new entry portal and retail locations featuring exclusive DC merchandise, according to Six Flags. 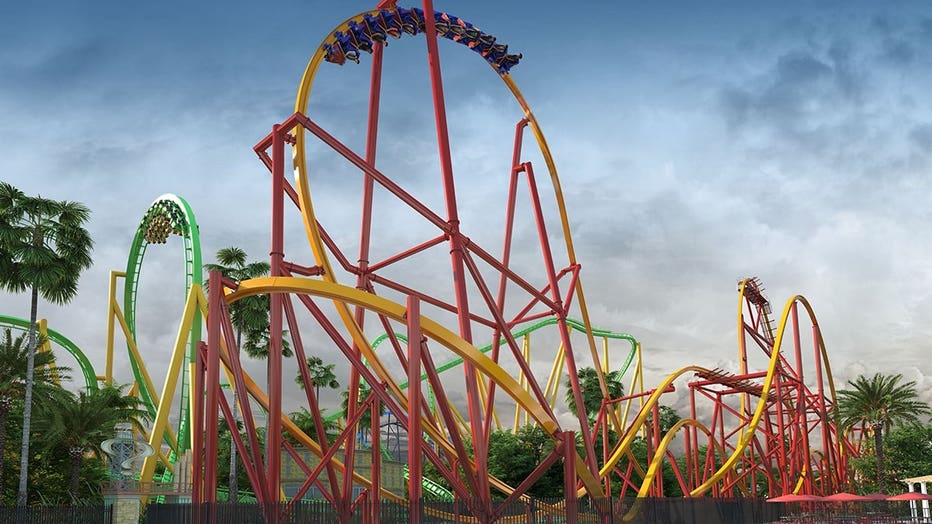 Six Flags Magic Mountain’s record 20th coaster—the most at any theme park in the world—WONDER WOMAN™ Flight of Courage officially opens on Saturday, July 16 as the tallest and longest single-rail coaster on the planet. / Six Flags

You can learn more about the new rollercoaster by tapping or clicking here.