A store clerk was shot and killed during a dispute in front of Shoe Palace in the Fairfax District.

LOS ANGELES - The Los Angeles Police Department have arrested a 16-year-old juvenile in connection with the fatal shooting of an employee at a shoe store in the Fairfax area.

Officers responded to the intersection of Melrose Ave. and Genesee Ave. around 12:30 p.m. Wednesday for reports of a shooting.

Images from SkyFOX showed the intersection closed off as investigators combed the area. 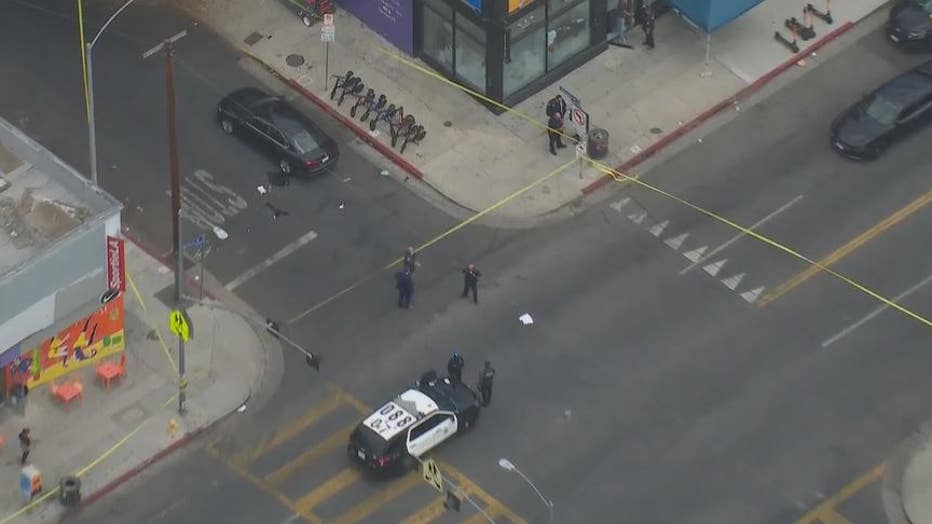 When officers arrived on scene they located a man – identified by colleagues and friends as Jayren Bradford – lying on the street suffering from a gunshot wound.

RELATED: Fairfax store clerk shot while trying to break up fight over sneakers remembered as outgoing

Melrose is known for shopping and eating but lately crime has been increasing in the area and it's concerning residents and business owners.

Bradford was pronounced dead at the hospital. Colleagues say he was trying to break up a fight outside Shoe Palace, the store he worked at.

According to LAPD, the fight stemmed from an argument involving a shoe raffle outside the store. 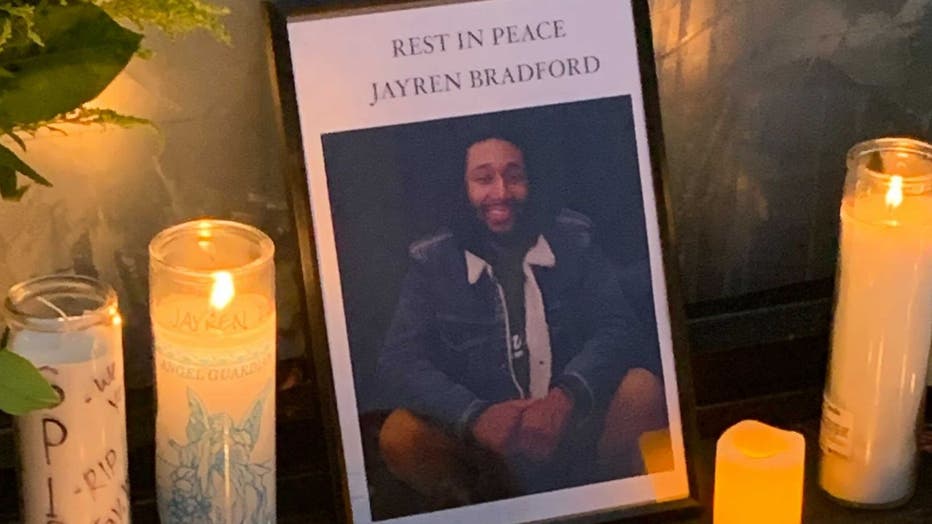 "It was the employee, he was coming into work and he saw it happening and tried to deescalate it and they tried to jump him, they tried to surround him so he backed up. The guy just pulled out a gun and shot him," said Adolfo who witnessed the altercation.

The suspect fled the area. On Thursday, LAPD located the 16-year-old shooter in South Gate. The juvenile was arrested without incident and was booked for the murder of 26-year-old Jayren Bradford. The suspect's name was not released because he is a minor.

Shoe Palace released the following statement, "Our Shoe Palace family is heartbroken over the senseless act of violence that took the life of Jayren Bradford. A loving son, brother, friend and team member. Jayren was a light in any room he walked into. We ask at this time to respect his family and friends as they navigate through this traumatic event. As an organization, our focus remains on Jayren's family."