POMONA, Calif - Police said Friday that a suspected drunk driver crashed a car into a home in Pomona, leaving one woman dead.

The crash happened around 9:20 p.m. Thursday in the 1100 block of Colony Dr., near South Hamilton Boulevard.

The driver of the PT Cruiser was reportedly speeding when he lost control of the vehicle, jumped the curb and slammed into the home.

Images from SkyFOX show a vehicle wedged inside the corner of the house. The vehicle’s trunk was the only part of the car that is visible from the outside. 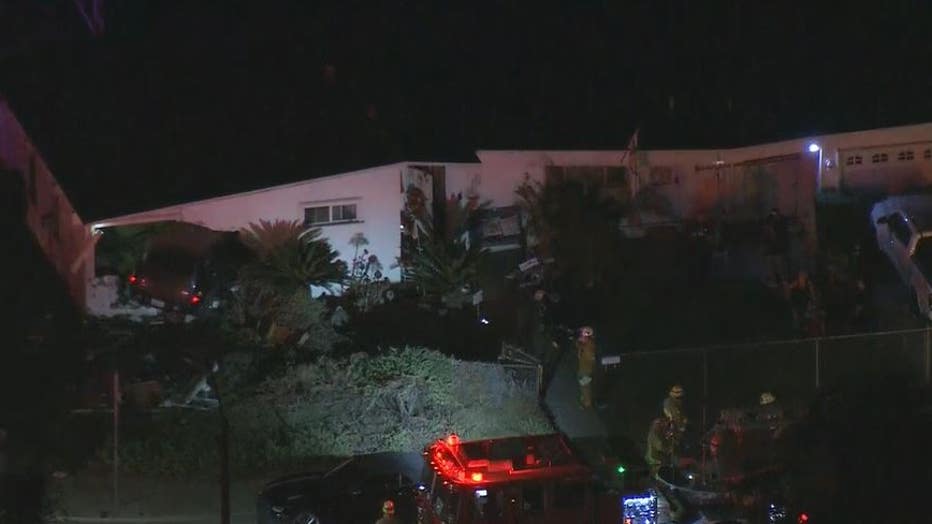 Officials say the victim, a woman in her 50s, was trapped under the vehicle for at least 20 minutes and was declared dead at the scene. Her name has not been released.

The driver had to be pulled out from the wreckage and was transported to the hospital before being taken into custody.