According to the National Weather Service, this Pacific storm system is bringing an atmospheric river moisture source with it, resulting in significant rainfall in our area late Sunday into Monday.

Flooding was reported Monday morning on some roadways, and officials reminded the public to drive with their headlights on, slow down, and avoid slamming on the brakes in the event their vehicle is hydroplaning.

Westbound 10 Freeway in DTLA flooded due to heavy rain

The Westbound 10 Freeway flooded on Monday in Downtown Los Angeles as significant rainfall was reported across the LA-area.

Here's what you need to know.

When is the storm coming?

According to latest rain estimates for the upcoming storm system, rain is expected to start in San Luis Obispo Sunday afternoon and continue to travel south and reach Los Angeles by Sunday night.

Showers and maybe even some thunderstorms are expected to continue into Monday, so early morning commuters are advised to leave early as traffic delays are expected due to the wet commute. 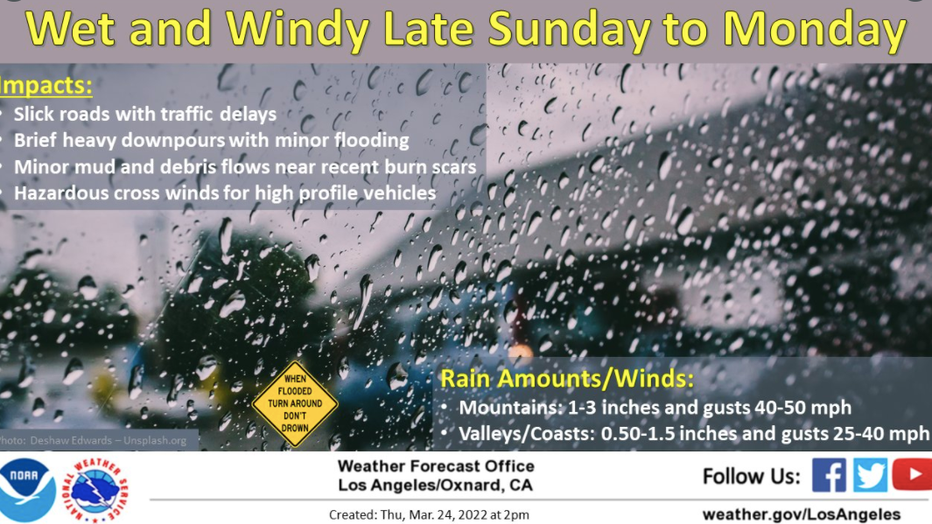 How much rain will we get?

"Most areas will get a soaking, which is needed," the National Weather Service said.

Officials said most coastal and valley areas will see somewhere between -.50-1.5", while the foothills and mountains will see 1-3" between Sunday and Monday night. 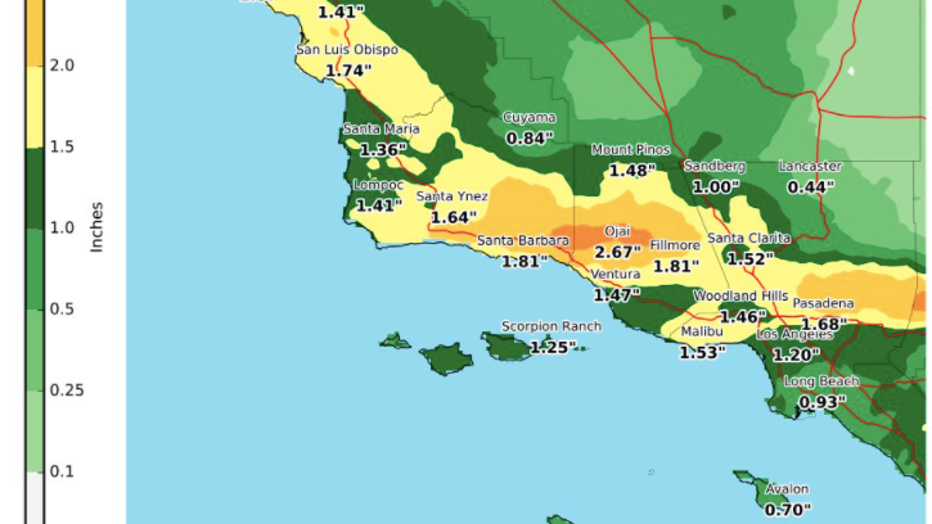 Snow will only be an issue at higher elevations with Monday's storm, the National Weather Service said.

Snow levels are likely to be above 7,000 feet dropping late Monday, the agency said, while elevations above 6000 feet may get 6-10". 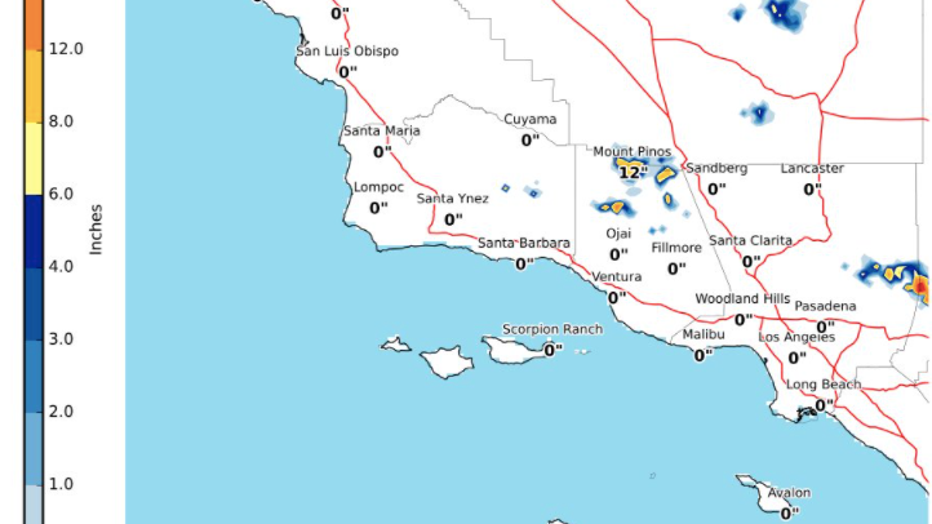 At this time snow is not expected to impact I-5 or I-15 due to the initial high snow level.

When will we see relief?

You can expect a small break in showers with more activity developing overnight Monday into early Tuesday morning. The storm is expected to move east after Tuesday.

>> TRACK THE LATEST ON THE STORM WITH FOX 11'S WEATHER TEAM