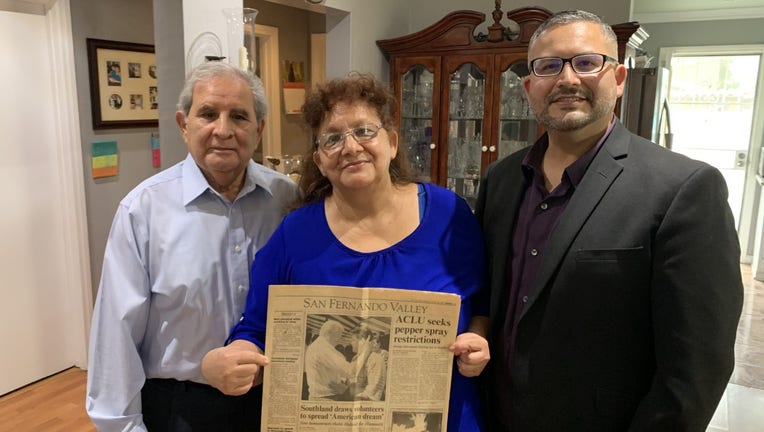 LOS ANGELES - I so wanted to give the Tobar family the biggest of hugs!  It was 25 years since I'd seen them and I was so excited to pull up in their driveway once again.

The Tobars were among 21 families who got to buy into affordable housing thanks to Habitat for Humanity and former president Jimmy Carter. With the pandemic we stayed socially distanced with masks on but caught up with such great memories in store.

In thirty years of reporting at FOX 11 News, there are stories that heal the soul. It was a story of greater LA coming together just three years after the LA riots and civil unrest. 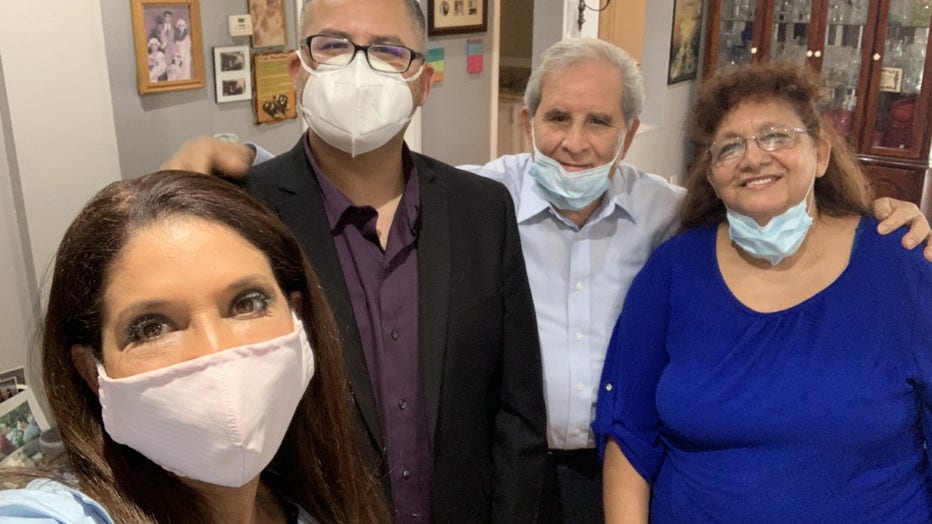 I wanted to see this Watts neighborhood today and see what came of the love, sweat, and tears. Two thousand volunteers worked on the 21 homes and had them built in just one week. Watts had been chosen for Habitat's crown jewel, the annual Jimmy Carter Work Project(JCWP).

Jose Tobar Jr. says 95% of the families still live there. He's all grown up now but was 15-years-old back then. He called that time "a total transformation." His family had come from El Salvador and were living in a two bedroom apartment with him sharing a room with his brother and sister.

They went from that to a three bedroom house with an open floor plan for the living and dining room. Plus there is a beautiful front yard and a small back yard for their two dogs.

I found that the house had become a home. It's where the Tobar parents raised two sons and a daughter and now where the six grandkids spend holidays.

"I think this is my dream, my house" exclaimed Jose Tobar Sr. in 1995. He held up a large mock key as the home was ready for them to move-in. Jose Jr. says at that time he "knew our life was changing."

Jose Jr. became a bit of a celebrity, speaking on behalf of the family. To this day a picture of Jr. with Jimmy is framed and on a table in the family home. Mom, Maria, still has the bible given by Carter to each family signed by the former president and wife Rosyln.

The JCWP was a chance to buy into and build the American Dream! Today, dad called it "incalculable." Back then he exclaimed "thank you God, thank you Habitat for Humanity."

Habitat said in 1995 that 64% of Angelenos couldn't afford to buy a home. To qualify, a family of four had to earn under $24,000. Buyers got a 20 year no-interest loan. They had to put down 1%. For a Habitat home valued at $70,000 they would put down $700 dollars. Then there were the 500 sweat-equity hours with the homeowners, tools in hand, helping to build their own homes. Most of the volunteers didn't even work in construction. 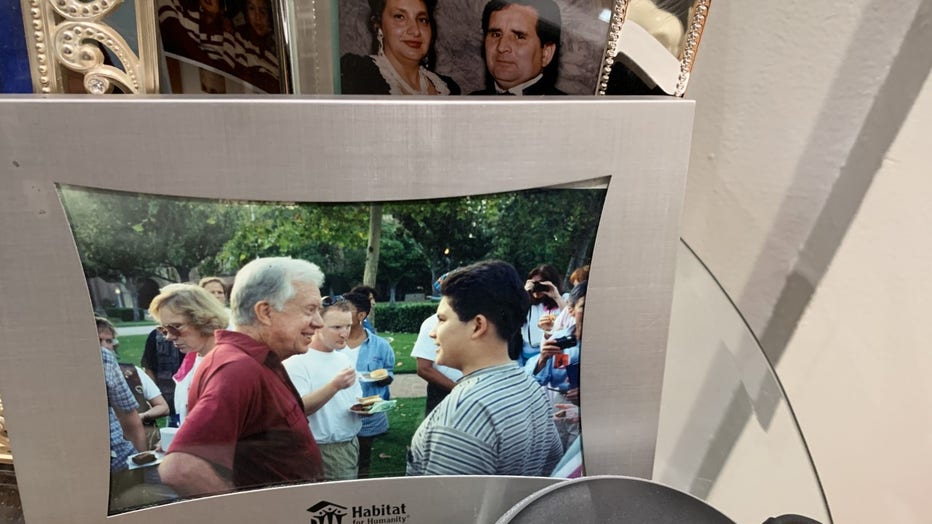 The JCWP homes were built on an old railroad track on Santa Ana Boulevard North west of Alameda. A re-visit to Sweet Alice Harris shows she too has fond memories of the JCWP. Her walls are adorned with black and white pictures of that powerful week. She helped ten of the 21 families secure homes. She'd be on site each and every day hollering "Good mornin' Jimmy Carter. Good mornin'!"

To understand the power of the partnership housing is to know what happened now to people like Jose Jr. Carter and Habitat for Humanity must be thrilled to know he himself now works in affordable housing, for seniors. He was in banking and was recruited to change careers. He also has bought two homes himself in Watts just down the street from his parents home.

Former President Carter turned 96-years-old this month. His legacy cemented on the streets of Watts.