This trampoline got caught in a dust devil as it raged through the backyard. (Credit: Jukin Media)

In the video captured outside Ben Cedeno’s home in Herriman, Utah, a particularly strong dust devil swept his trampoline up into the air, spun it around and dropped it upside down onto the ground.

Cedeno said the trampoline was broken and had to be thrown out, but said he was thankful no one was hurt and none of his neighbors’ property was damaged. 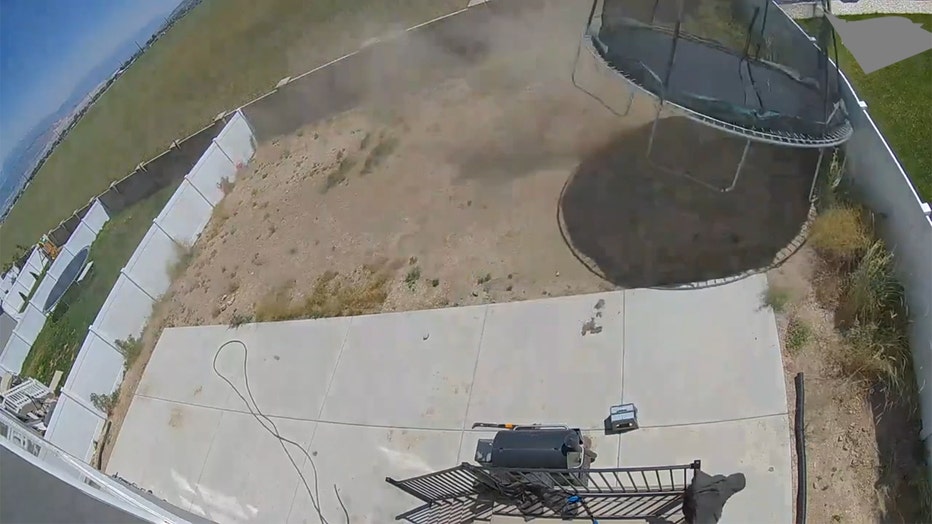 Freeze frame of a dust devil sweeping up trampoline.

Dust devils are "small, rotating columns of air" which "can result from a mini-weather system that occurs when one piece of ground heats up faster than the ground surrounding it on a hot, calm, dry day," according to Scientific American.

Dust devils are not considered tornadoes, but have been known to cause damage, even being categorized as high as EF1 on the Enhanced Fujita scale which rates tornado damage, the Scientific American said.

"Diameters range from about 3 m to greater than 30 m; their average height is about 200 m, but a few have been observed as high as 1 km or more," according to the American Meteorological Society.