The protest is following the death of George Floyd, a Minneapolis man who died in police custody. His death is sparking outrage and frustration across the country.

"Police brutality cases are kind of like a scab over a festering wound and anytime there's an incident anywhere in the U.S., it reminds people here of some of the traumas and dramas we've gone through," said Armour.

Armour said the COVID-19 pandemic, which is heavily impacting communities of color is leading to more frustration too.

Black Lives Matter tweeted, "Too much trauma, too much mourning, too often healing these wounds over and over again, stop killing us, we stand with you Minneapolis" today.

Armour said people from all backgrounds are protesting injustice together. 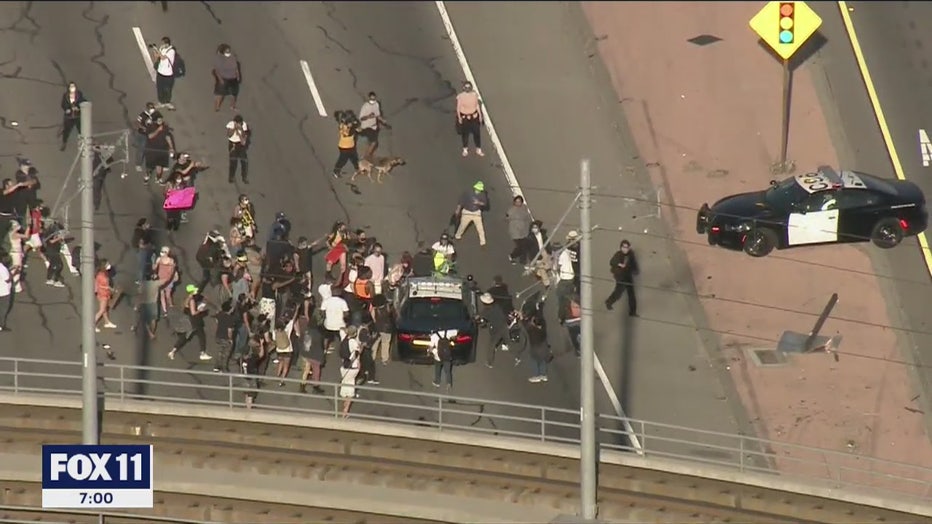 "You see a lot of people joining in the protests who are empathizing and sympathizing with the plight of the black people. You have a lot of allies of black people, both brown and Asian and white who are saying we stand in solidarity with our black brothers and sisters," said Armour.

There have been a lot of recent reports and videos showing racist encounters, and Armour said that is adding to mounting sentiments of frustration among people of color.

"Martin Luther King said that a riot is the language of the oppressed and you might also say the desperate and forlorn. We have festering wounds that haven't actually healed over time here in L.A. and so when we see something happen in another city like Minneapolis or New York, it can tear at that scab. We have a number of police brutality cases in L.A. that have not been resolved to the satisfaction of black Angelenos and more generally Angelenos of all races," said Armour.