The protest titled "Wild Protest for President Trump" was organized by the Beverly Hills Freedom Rally, who have been hosting weekly protests since summer.

About 10 minutes before the protest was scheduled to end, police declared an unlawful assembly. It appears a Trump protestor beat up two Biden supporters. Within seconds, police deployed into the crowd, saying those who don’t leave are subject to "significant pain" or arrest. 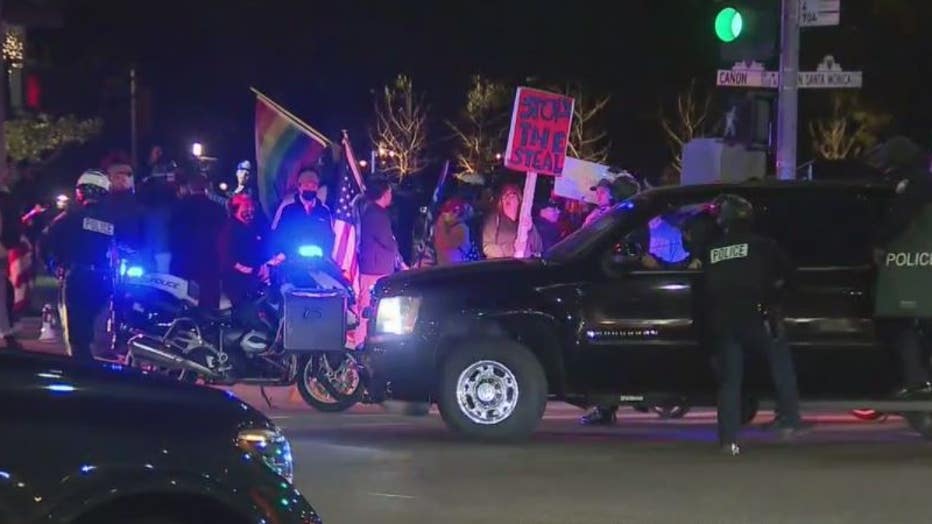 The man who was holding the Trump sign was treated at the scene and appeared to be okay.

Protestors quickly dispersed from the area around 6 p.m. 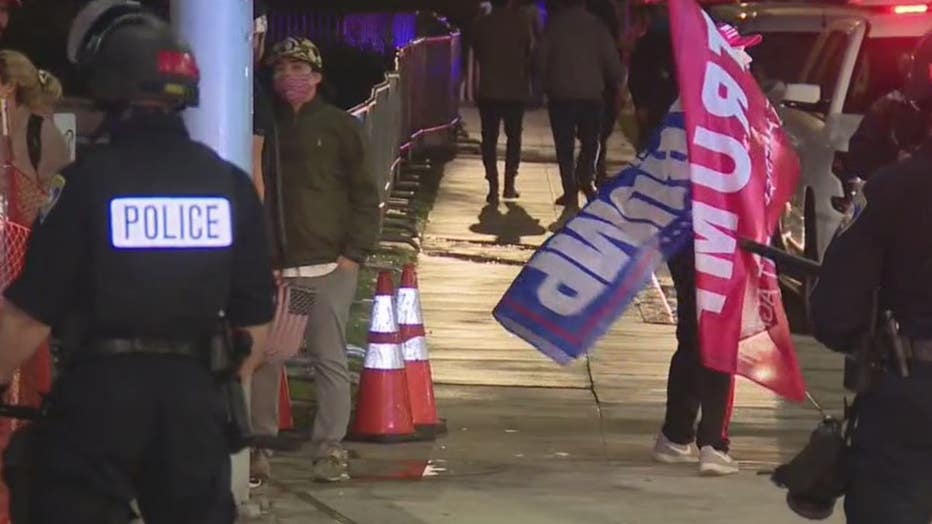 Beverly Hills police officers say they knew about the planned protest and patrolled the intersection at Canon and Santa Monica Blvd, around Beverly Gardens Park, which they closed along with the Wallis Annenberg Center for the Performing Arts.

Some Trump supporters at the protest did say they were there to promote "peace," and that the violence on the Capitol is "embarrassing" and that "everyone needs to accept the outcome of the election."