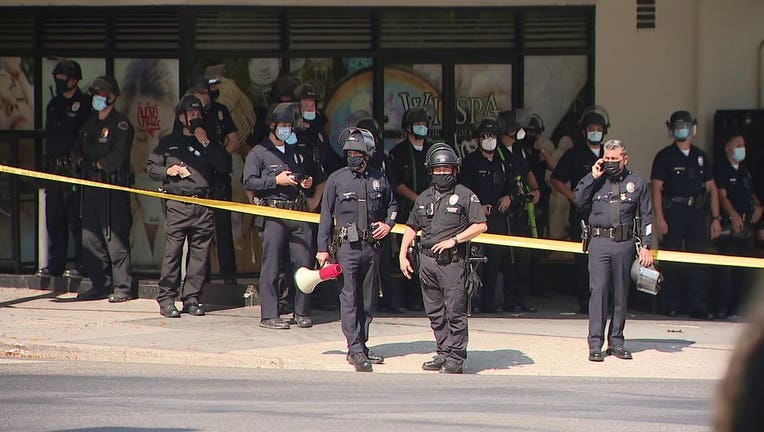 LOS ANGELES - An unlawful assembly was declared at a Koreatown intersection Saturday afternoon.

According to an emergency alert issued after 2 p.m. PT, the Los Angeles Police Department was ordering people to leave the intersection near Wilshire Boulevard and South Rampart Boulevard in the Koreatown area.

LAPD said in an alert that those who refuse to leave the area will be arrested.

The location of the unlawful assembly happens to be the exact same area where fights broke out between protesters at a demonstration over trans-rights two weeks ago. A group of demonstrators gathered outside a Koreatown spa on July 3 after a viral video showed a woman being upset that a person who identified as a female but had male organs was allowed to disrobe in the women's section of the business. 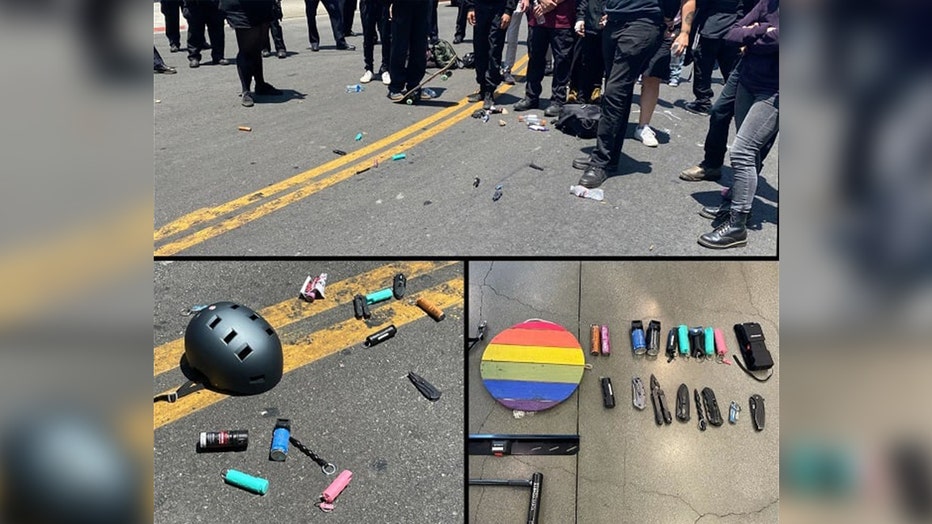