Ukrainian refugees are flocking to the U.S.-Mexico border trying to get entry into the United States.

Ukrainian refugees are flocking to the U.S.-Mexico border trying to get entry into the United States.

We found dozens in Tijuana. From older men in their 60s to children as young as two years old. 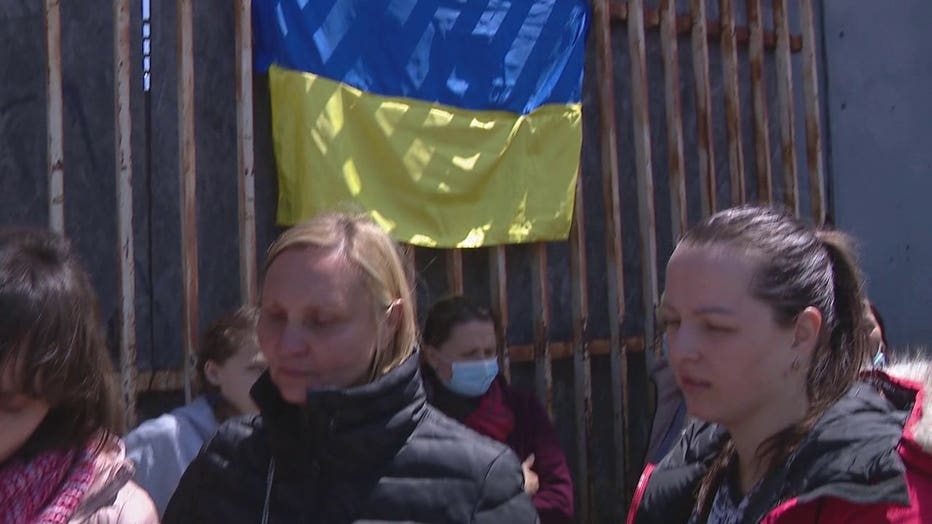 This comes as the Biden Administration pledged to take in as many as 100,000 refugees into the U.S.

One woman had made it here with her 3-year-old daughter and a large blonde Labrador, escaping the bombs near Kiev in her vehicle, traveling through three countries via train and foot and flying into Mexico

The mom is one of the hundreds waiting at the border awaiting entry into the U.S.

"We are here to escort our best friend’s daughter," explains one San Diego woman, clutching her U.S. passport while standing next to a teenager holding just a backpack.

As long as they have a valid passport and a sponsor, she explains, refugees can make their way to a holding area in Tijuana and stand in line along the wall at the U.S. point of entry.

Homeland Security Secretary Alejandro Mayorkas has been quoted as saying that border officials have been instructed to consider using exemptions for the Ukranian refugees, and not refuse entry under the COVID-19 linked policy, known as Title 42, which would allow for immediate refusal of entry.

Last week, the Biden Administration announced it would welcome up to 100,000 Ukrainians and others fleeing the Russian attacks. But refugees and sponsors we spoke to in Tijuana say that they can’t just fly into LAX, for example.

The only port of entry seems to be through the Southern Border, so hundreds of people have been flying into Mexico and making their way to this spot. A large hall, about five minutes from the border, holds dozens of people, who tell us they’ve been there for at least 24 hours.

There’s food and water, and blankets to rest on the cement floor. When a pre-arranged sponsor with U.S. passport in hand shows up, they make their way to the actual border and wait.

The wait can sometimes take hours before a U.S. agent takes the refugee inside the U.S. border facility for processing.

No one at the border would speak with us about the process. However, we did get a statement from department of Homeland Security:

"The CDC’s Title 42 public health order remains in place with respect to single adults and family units, and the Department of Homeland Security continues to operate in accordance with that Order to the greatest extent possible. Consistent with the CDC Order, DHS continues to grant Title 42 exceptions to particularly vulnerable individuals of all nationalities for humanitarian reasons. All exceptions are made on a case-by-case basis."