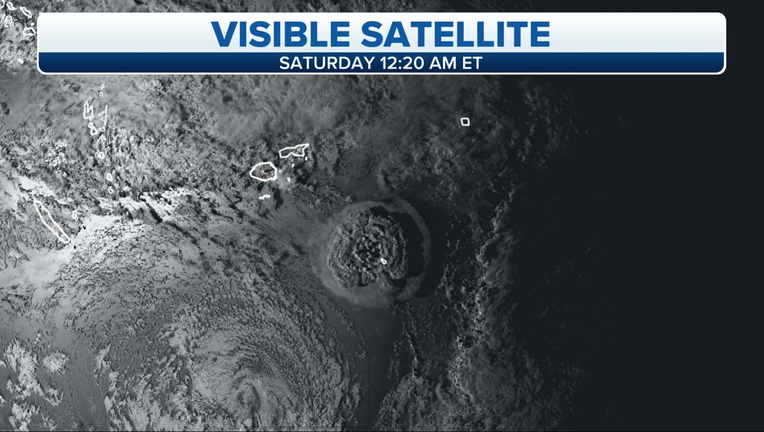 LOS ANGELES - Most beaches in Los Angeles and Orange County reopened Sunday after a tsunami advisory, prompted by an underwater volcanic eruption in the South Pacific, left much of the coastal shoreline closed Saturday.

An undersea volcano erupted in spectacular fashion near the Pacific nation of Tonga on Saturday, sending large tsunami waves crashing across the shore and people rushing to higher ground. A tsunami advisory was in effect for Hawaii, Alaska and the U.S. Pacific coast.

According to the National Weather Service, the tsunami advisory was canceled early Sunday morning.

Beaches, harbors and marinas were closed in Los Angeles, Orange and San Diego counties early Saturday after the NWS warned of potential flooding and strong currents that could be hazardous to swimmers, boaters. and nearby structures.

People were advised to avoid the Southern California coastline, but no evacuation orders were issued. Similar warnings were also issued for Alaska, Hawaii and the entire West Coast, although all have now been canceled.

Southland beaches remained under a tsunami advisory Saturday after an underwater volcano erupted in the South Pacific.

An advisory means a dangerous wave is on the way. Strong and unusual currents are expected along the coast, and in bays, marinas, and harbors.

According to the National Weather Service, the initial waves in SoCal came in around 7:45 a.m., with peak tsunami wave heights of 1 to 2 feet being reported.

The main impact is expect to be strong rip currents, coastal flooding, and inundation of low lying areas is possible.

Seismologist Lucy Jones, founder of the Dr. Lucy Jones Center for Science and Society, said the expected short-term increase of 1-3 feet in sea level would only be an issue near the beach.

"Tsunamis are not one wave. It's more like sloshing and that sloshing can continue for a day. Just because the first wave has passed, it is not time to go see the beach,'' Jones tweeted, adding that "much tsunami damage happens in ports because of the currents. Moving water has huge momentum."

If you are in a tsunami advisory area, officials say to:

There were no immediate reports of injuries or the extent of the damage because all internet connectivity with Tonga was lost at about 6:40 p.m. local time — about 10 minutes after problems began, said Doug Madory, director of internet analysis for the network intelligence firm Kentik. 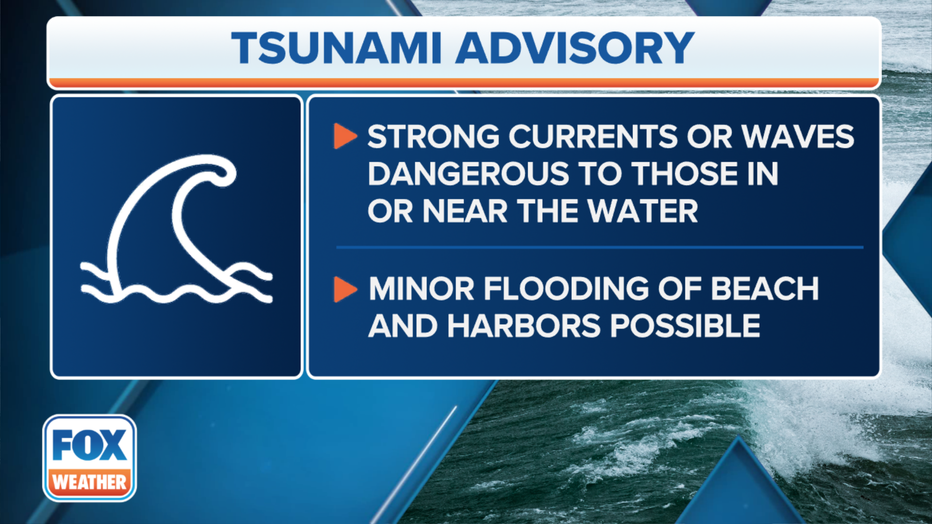 Tonga gets its internet via an undersea cable from Suva, Fiji, which presumably was damaged. The company that manages that connection, Southern Cross Cable Network, could not immediately be reached for comment.

In Hawaii, the Pacific Tsunami Warning Center reported waves slamming ashore from 1.6 feet in Nawiliwili, Kauai, to 2.7 feet in Hanalei. "We are relieved that there is no reported damage and only minor flooding throughout the islands," the center said, describing the situation in Hawaii. 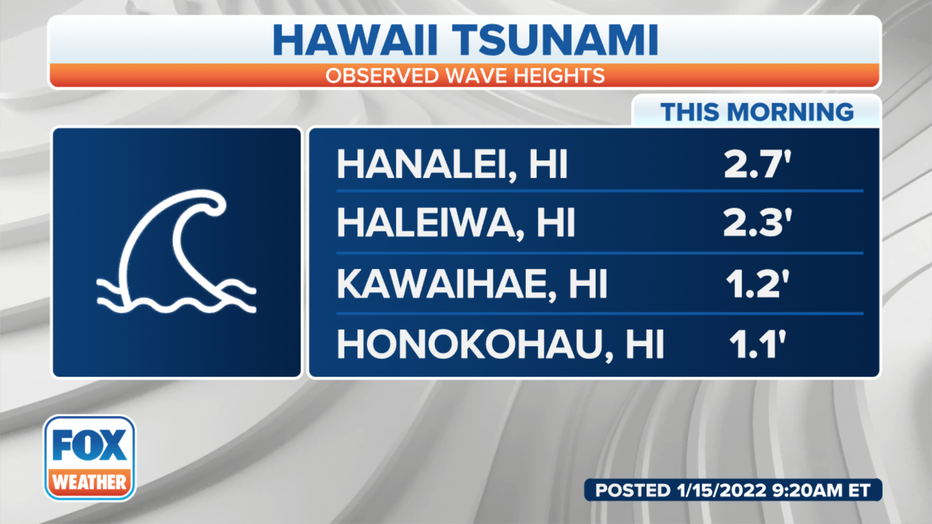 On Tonga, home to about 105,000 people, video posted to social media showed large waves washing ashore in coastal areas, swirling around homes and buildings, including a church. Satellite images showed a huge eruption, a plume of ash, steam and gas rising like a mushroom above the blue Pacific waters.

New Zealand’s military said it was monitoring the situation and remained on standby, ready to assist if asked.

The Tonga Meteorological Services said a tsunami warning was declared for all of the archipelago, and data from the Pacific tsunami center showed waves of 2.7 feet had been detected.