FOX 11 has a policy of not identifying potential sexual assault victims without their consent. But in this particular case, the accuser has come forward with what her legal team says is photographic evidence.

PASADENA, Calif. - On Thursday, FOX 11 has obtained photos of the accuser in connection to the Trevor Bauer sexual assault investigation.

FOX 11 has a policy of not identifying potential sexual assault victims without their consent. But in this particular case, the accuser has come forward with what her legal team says is photographic evidence.

WARNING: The photo below is graphic and can be triggering to some.

The photo shows a woman – who is accusing the Los Angeles Dodgers pitcher of sexual assault after an April encounter – appearing to have two black eyes. The woman's legal team wanted the public to see the photo, according to her lawyer Bryan Freedman, who issued a statement that reads, in part:

"Look at this picture. No one – absolutely no one – can consent to this, logically or legally. Trevor Bauer’s team continues to try to abuse an assault victim. They need to stop. Now."

In a court document obtained by FOX 11 back in early July, the accuser claimed some of the injuries she suffered left her crying and violently shaking amid their sexual encounter. 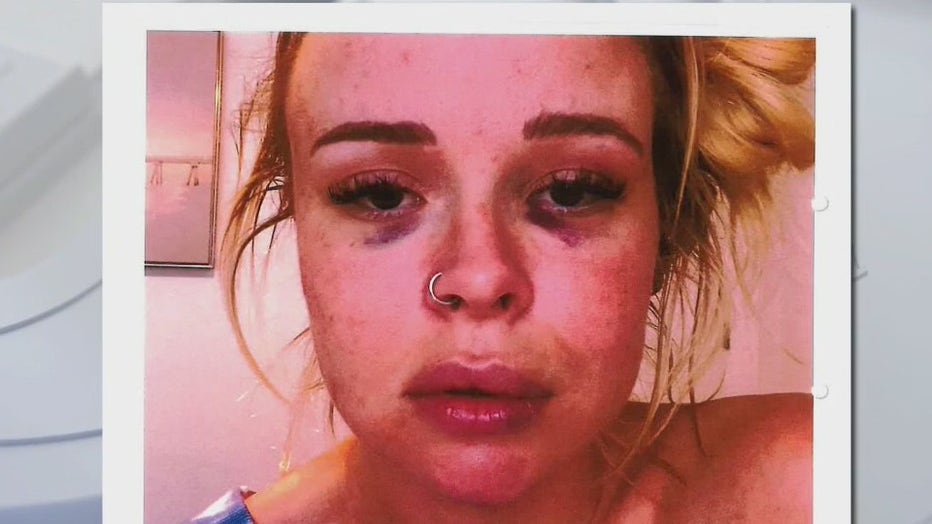 Bauer's attorneys, on the other hand, argue the alleged incidents were consensual and the pitcher's legal team issued the following statement, in part:

"…While Mr. Bauer has stated from the outset that the two encounters he had with this woman were wholly consensual, he unequivocally denies the allegations in her affidavit regarding both of their encounters. The woman’s statements are highly inaccurate and not reflective of what occurred during their two meetings, as the woman’s own text messages with Mr. Bauer and others clearly attest."