A police chase ended in a deadly shoot-out in Fontana on the morning of June 23.

FONTANA, Calif. - A dangerous wrong-way pursuit involving a stolen big rig ended in a deadly shoot-out in Fontana on Wednesday morning, causing a closure on the 10 Freeway in both directions at Sierra Avenue.

As of 6 a.m., the California Highway Patrol said the eastbound lanes are expected to be closed for the next several hours while the westbound lanes have reopened.

It all started around 1 a.m. when a man in San Bernardino reported his semi-flatbed was missing.

Authorities were able to track down the missing truck using the GPS system inside the vehicle. Once they located the semi-truck, the suspect led officers on an hour-long police chase on the 10, 215 and 210 freeways, all while the suspect was driving in the wrong direction. The pursuit also took place on surface streets in several cities in the Inland Empire including Colton, San Bernardino, and Fontana.

Multiple police agencies worked together in an effort to get the pursuit to come to an end.

CHP deployed spike strips to get the suspect to stop and at one point, the suspect tried to make a U-turn to avoid them when he crashed into a police cruiser. That’s when authorities said an officer-involved shooting occurred and the suspect was shot and killed.

First responders attempted lifesaving efforts. However, he was pronounced dead at the scene. 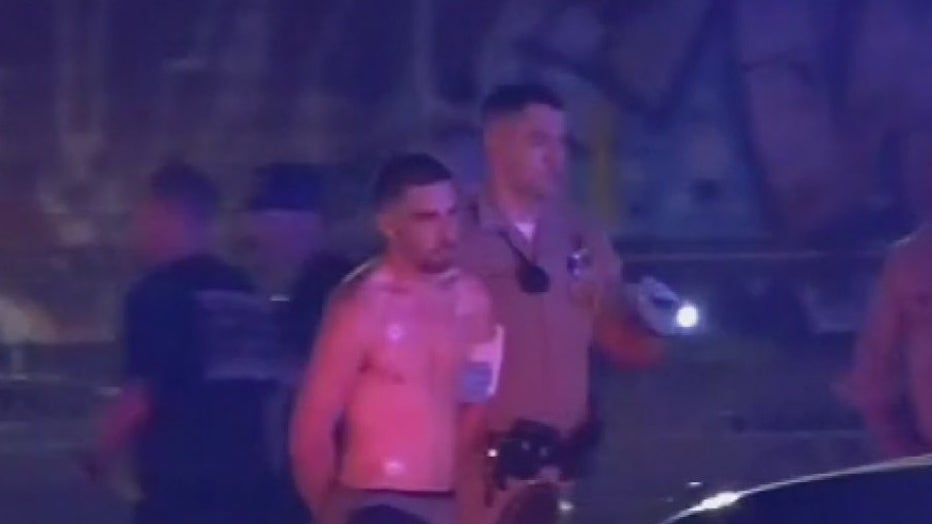 A passenger who was also in the stolen truck was arrested.

This is a developing news story. Check back for updates.