Travel experts say even if you can find a rental car, you might end up paying 10 times the normal amount as rental car companies struggle to increase their inventory — but there are ways to find a cheaper ride.

LOS ANGELES - Despite global challenges and extraordinary circumstances amid the COVID-19 pandemic, many places have found ways to build and innovate — and this year Time’s World’s Greatest Places list is paying a tribute to those destinations.

"To compile this list, TIME solicited nominations of places—including countries, regions, cities and towns—from our international network of correspondents and contributors, with an eye toward those offering new and exciting experiences," Time wrote in its article published Tuesday.

The result: a list of 100 unique destinations, with 21 coming from the United States alone.

Here is a list of the 21 US cities that made the cut:

Big Sky, Montana is a premiere ski-country destination and popular among all outdoor enthusiasts. Last year, the Luxury Montage Big Sky, a ski resort with a private golf course and bowling alley opened, adding to its appeal.

Denver is a beautiful destination revered for its dramatic peaks of the southern Rockies. The city is also action-packed, known for MLB baseball, local craft beer and a thriving food scene.

Houston is one of the most diverse cities in the American South. From exciting dining options to concert venues, there is so much to do in the city. In late August, a highly anticipated restaurant led by Top Chef finalist Dawn Burrell, will open in the city’s new innovation district.

Hudson Valley is known for its country charm and is fast becoming one of the most popular locales in New York. Every year, people across the country flock to its vineyards, orchards and bask in the area’s succulent agriculture.

Indianapolis is a smaller city on the list, but it is packed with standout restaurants, museums and sports centers. Its latest draw is the Bottleworks District, a $300 million reimagining of the historically significant spot where a Coca-Cola bottling plant operated from 1920 to 1969. 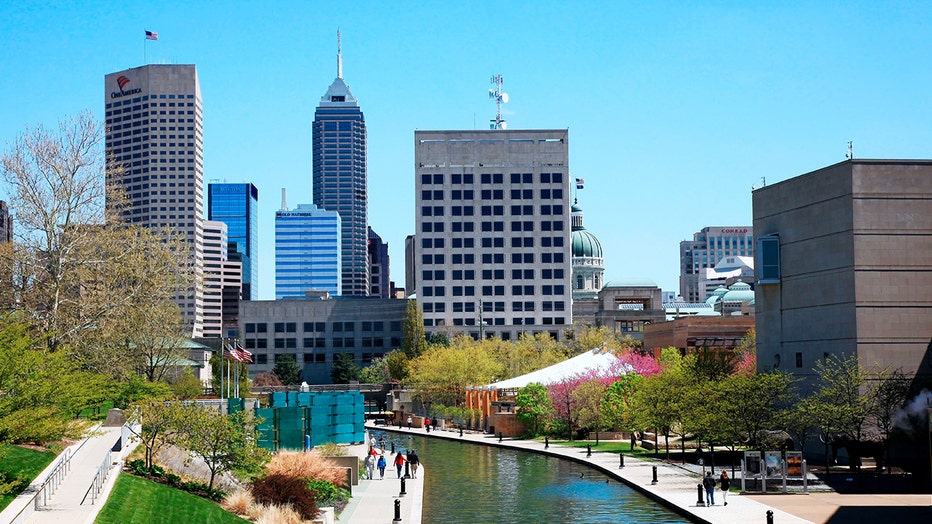 People enjoy a sunny spring day and the city skyline along the Canal Walk in downtown Indianapolis Indiana, The Canal Walk is a large linear park and urban green space associated with White River State Park in the downtown area of the Indiana state c

The Big Island is full of diverse terrain, beautiful beaches and lush rainforest. Within Volcanoes National Park, there are two active volcanoes, Kilauea and Mauna Loa. Outdoor activities include snorkeling and biking are also very popular on the island.

Las Vegas! Whether you want to take a dip by the pool, try your hand at blackjack, or go to one of the hundreds of performances available, there is a reason Las Vegas is considered a popular spot to visit. 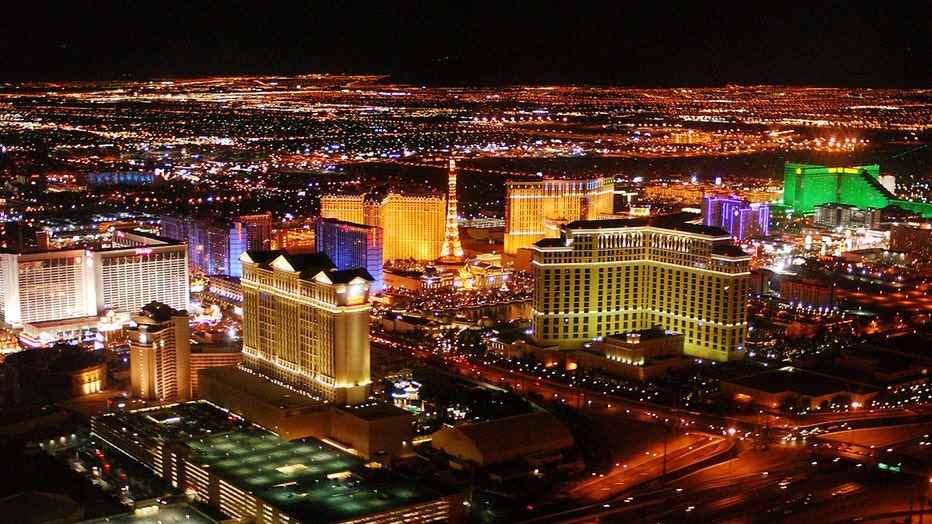 Los Angeles is located in Southern California and is home to the nation’s film industry. From movie studios to the iconic Hollywood sign, the city screams entertainment. Enjoy a day by the beach, hiking and food.

Memphis is a city on the Mississippi River in southwest Tennessee, famous for its music and legendary recording studios. The city is also home to plentiful BBQ options.

Napa County is about a two-hour drive north of San Francisco, in California. It's known for hundreds of hillside vineyards in the Napa Valley wine region. In addition, it is known for its food scene featureing dozens of farm-to-table Michelin-rated restaurants including the famed French Laundry, as well as unforgettable farmer's markets.

New Orleans is nicknamed the "Big Easy," and known for its nightlife, live-music scene and southern food. It’s home to the popular Mardi Gras celebration, known for its costumed parades and street parties. 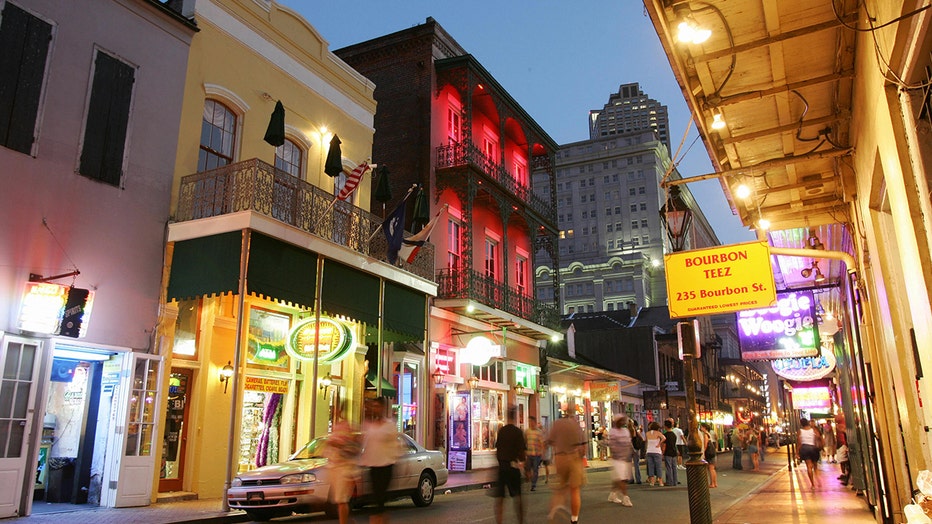 The New River is among the oldest rivers on the continent. The park encompasses over 70,000 acres of land along the New River and is rich in cultural and natural history. The park offers an abundance of scenic and recreational opportunities.

New York City comprises five boroughs, including Manhattan, which is among the world’s largest commercial and financial centers. Its iconic landmarks include the Statue of Liberty, the Empire State Building and Central Park. The city is also home to Broadway, the largest theatre scene in the U.S.

Orlando is a city in central Florida and is most commonly known for its dozens of theme parks. This includes the famous Walt Disney World, Magic Kingdom, Universal Studios and Epcot. 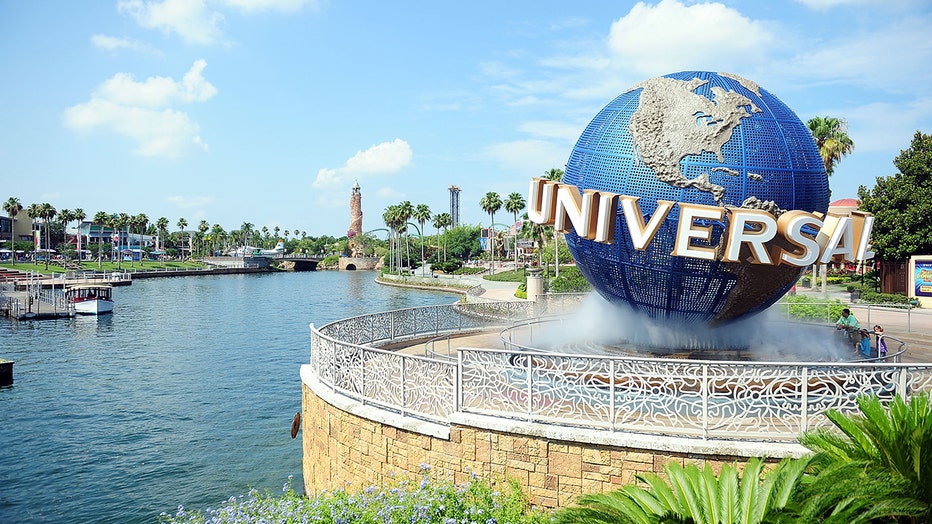 General view of the Grand Opening of The Wizarding World of Harry Potter at Universal Orlando on June 16, 2010 in Orlando, Florida. (Photo by Gustavo Caballero/Getty Images)

Philadelphia is Pennsylvania’s largest city and is rich in history. From Independence Hall to the Liberty Bell, there are many historical sites to see. Also iconic is the Philadelphia Museum of Art.

Santa Fe is New Mexico’s capital and is known for its sprawling art scene and Pueblo-style architecture. Today, its unique offerings of art, culture and ancient traditions make it a world-class destination, drawing more than 1 million visitors each year. In 2005, Santa Fe became the first U.S. city to be chosen by UNESCO as a Creative City.

Sarasota is a city south of Tampa and was once the winter home of the Ringling Brothers Circus. Today, it hosts a number of cultural institutes, notably the Ringling Museum of Art. The city also features miles of beaches.

Savannah, a coastal Georgia city, is a historic district filled with cobblestoned squares and horse-drawn carriages. The city also has beautiful parks and well-preserved architecture and landmarks.

There are so many things to do in this city in the Pacific Northwest. Located in Washington state, the city is surrounded by majestic landscapes including mesmerizing beaches and magical forests. It is also home to the Space Needle, an iconic landmark. 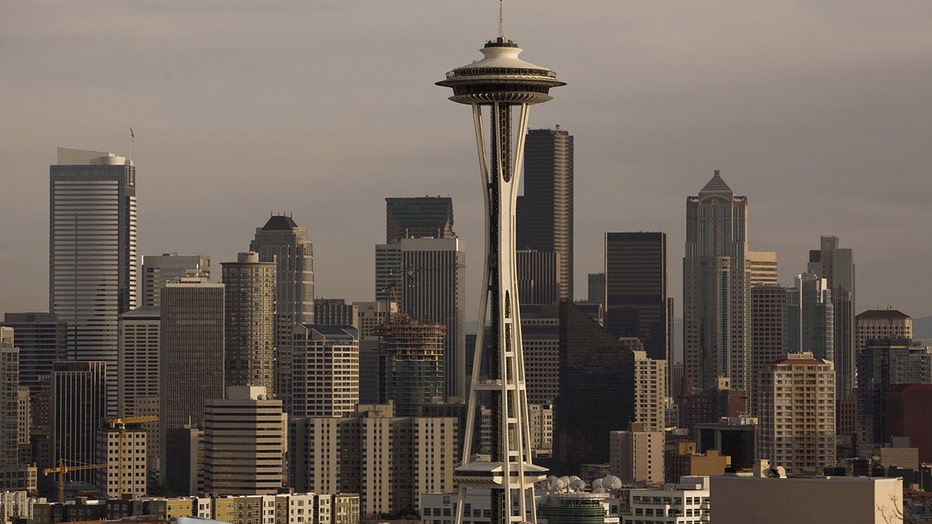 St. Louis is a major city in Missouri, known for its 630-ft. Gateway Arch, built in the 1960s. The city is also rich in its food and music scene, known for its barbeque restaurants and blues music.

Located 115 miles north of Anchorage, Talkeetna is an artistic and outdoorsy city. Visitors can get a feeling for the high adventure of climbing Denali — North America’s tallest peak — at the Mountaineering Ranger Station.

TIME contributed to this story.