TORRANCE, Calif. - A Torrance woman came home to find close to a thousand birds inside her home.

Video shot by neighbors and her family show the small dark birds circling the outside of the chimney and sweeping in as a group.

Once inside, the birds took over the house and would not leave when she opened windows and doors, like animal control suggested.

What are commonly known as "chimney swifts" (chaetura pelagica), tired from their yearly migration past southern California, decided to take a break inside her home.

"We had to take them out in boxes and towels" she added, explaining the family had to spend the night at a hotel.

She spend two days cleaning up the bird poop that covered everything, including her child’s toys.

"Close your chimney flu on windy days", she advises. There are grills that protect chimneys from intruders and even embers during fires.

A similar situation happened in Santa Barbara County over the weekend. The Montecito fire department had to release about 1,000 small birds that were trapped in a chimney. 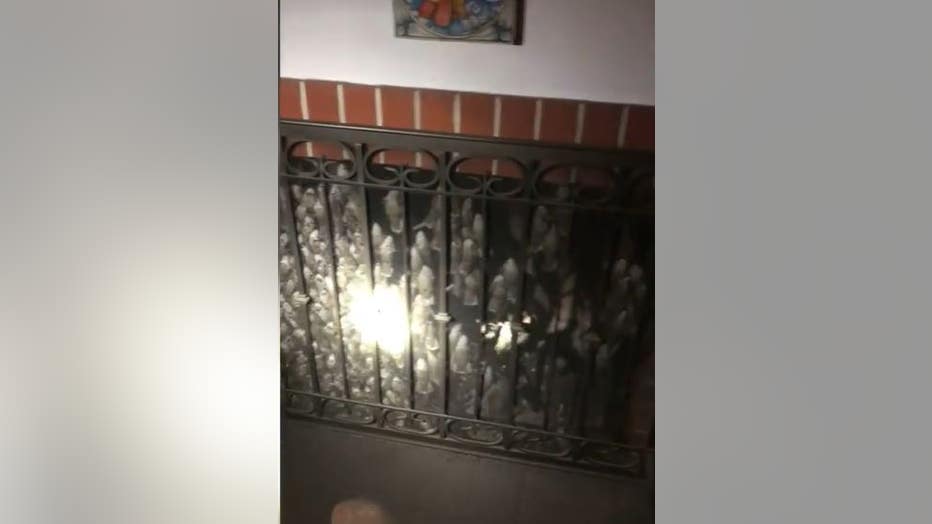 Chimney swifts are known to be highly maneuverable, notable for roosting overnight in chimneys, in groups of hundreds or thousands, before and during their migration.

At dusk they gather around a roost side and do what you see in the video in our story, circling in a pattern before rapidly entering a small opening all at once.

There’s actually quite a bit of scientific literature on this, even a Chimney Swift institute of America, which told FOX 11 they are protected by the federal Migratory Bird Treaty Act and cannot be legally removed from your chimney.

They arrive in the US in March and are gone by November, with nesting beginning in May and going through August. They can have several chimney roots in one neighborhood.

The best option is a good defense. Close the chimney access with a vent during the season, so they don’t nest in there.