The history of Armenian Americans in California

Historians say Fresno, Boyle Heights, and Montebello were among the first communities where Armenians settled in WWII.

LOS ANGELES - According to historians, before Glendale and Hollywood, the original communities Armenians settled in were Fresno, Boyle Heights and Montebello.

In 2020, the city of Montebello marked its 100-year history. Originally, it was an agricultural community with humble beginnings, before its successes in commerce and in the oil industry. Not long after Montebello was established in 1920, it became the first suburb most Armenians settled in back in the 1930s, which is just part of a piece of Southern California history.

"It was Fresno and Montebello. And the reason that those two communities were as heavily populated, densely populated as early as they were, is both complicated and really easy.  The Fresno Armenians were those who came from the Ottoman Empire escaping genocide, looking for foreign lands, and established themselves in the agricultural economy of the Central Valley," Salpi Ghazarian, Director of Armenian Studies at the University of Southern California's Dornsife Institute. "Those who came to Montebello were those who during World War ll escaped the Soviet Union, escaped many of them from Ukraine, from the various cities that are being bombed today."

The USC program is committed to documenting, preserving, and most importantly, giving a voice to the people who lived during those historic years. Not only do their stories make up the history of Southern California, but these are the stories that are an essential part of the Armenian experience.

Data from the USC archives says 20 million Soviet citizens died in WWII. Of those, 200,000 of those were Armenians. Some were captured by the Germans, historic Armenian communities in Eastern Europe and Crimea were relocated as slave labor, others retreated with the German army seeking an escape from Stalin's regime. This is how some 4,000 Armenians found themselves in Stuttgart, Germany when the war ended.

Montebello resident Jack Hadjinian’s grandparents were part of that group. 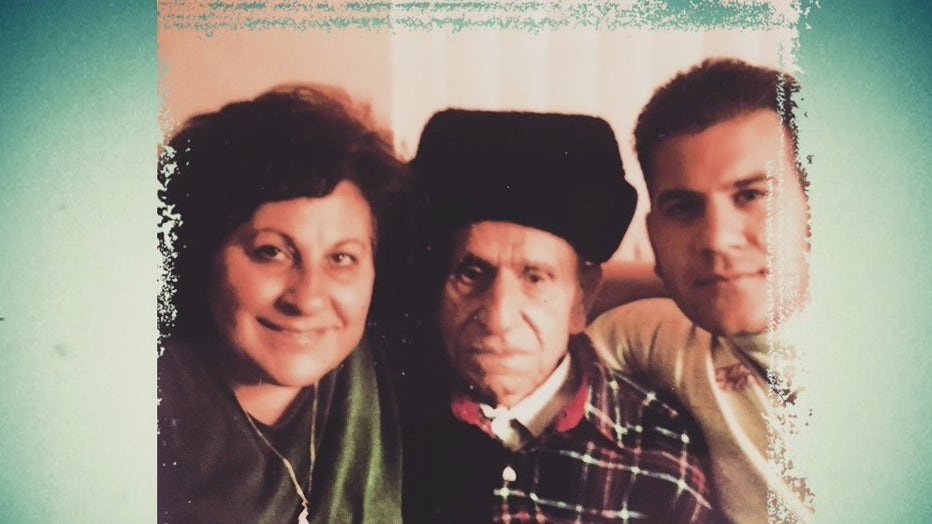 "My grandfather Senekerim "Sam" Arakelian was a genocide survivor who eventually was taken to Germany by Nazis as forced labor. Along with another 2,000 to 3,000 Armenians that lived in labor camps, my family ended up in Stuttgart in the labor camp. My mom is one of 185 Armenians that were born in those camps," Hadjinian said.

"They bonded during a really difficult time. Those bonds have continued through today, through the various generations," said Ghazarian.

By 1952 most of the 4,000 Armenians were allowed to land in the U.S. as a result of a special act of Congress called the Displaced Person's Act of 1948 that enabled their immigration.

USC studies reveal some settled in Detriot, Michigan or Niagara Falls, New York as they remembered the families they had left behind and began new lives as factory workers, while many came to Montebello and sustained bonds of friendship that were based on the relationship and interdependence from their years in Stuttgart. 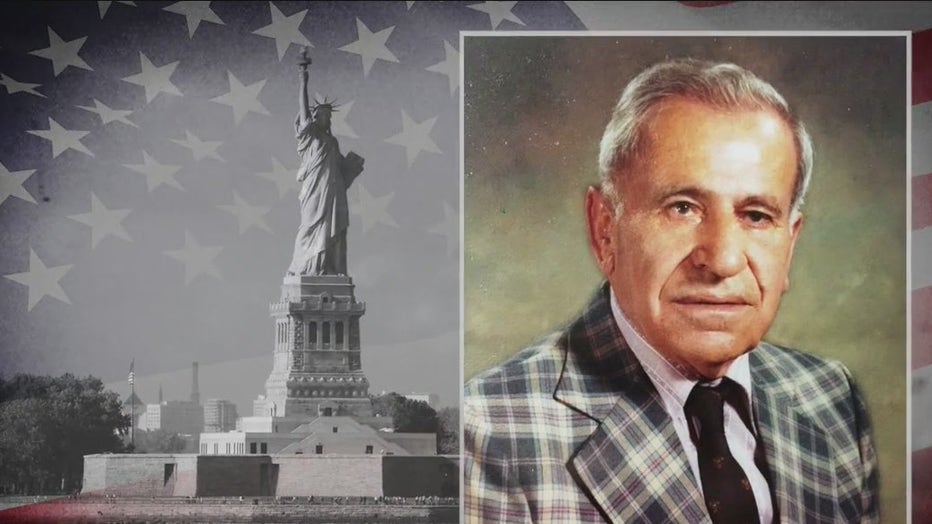 Jack Hadjinian’s family went through Ellis Island, to Worcester, Massachusetts, to Detroit. "There were a lot of jobs there. My uncles worked on the Ford F-150 assembly line and some of my uncles worked for Cadillac. My grandfather was a janitor at Ford," he said.

"They came to Boyle Heights, which is such an important core for Los Angeles. [There are] so many communities- the Jewish community, the Latino communities and the Armenian community started out there," said Ghazarian.

"As they moved, they looked for businesses to make a living that did not require language skills or education. Many of them started in the trash business and actually hauling trash. And then it was Armenians who transformed the trash business from just residential trash pickup to commercial trash pickup, which is such a huge industry in Southern California. Other Armenians went into the food business, and started with lunch trucks, which then later became hot lunch trucks," said Ghazarian.

They had that entrepreneurial spirit. As they thrived they gave back to the community, they established churches, schools, dance groups and community centers. Montebello is home to the first Armenian Genocide Memorials in the country.

"It is the first Armenian Genocide monument on public property in the world. It is world-famous and everybody knows about it. It stands 75 feet tall," Hadjinian explained.

The Holy Cross Cathedral is another place that brings thousands of people through its doors. This church has great significance in Hadjinian’s life. 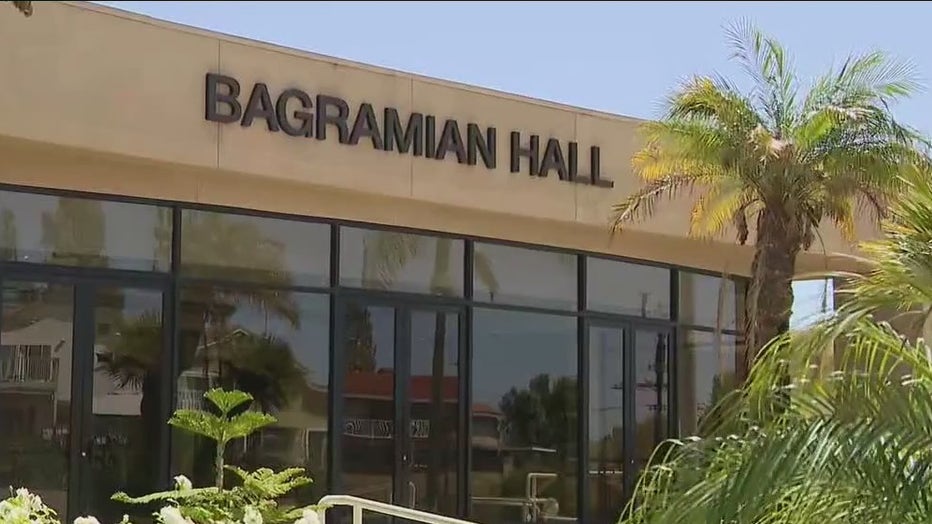 Right next door is Bagramian Hall, an enormous banquet hall, where large-scale events take place. Next to Bagramian Hall is the smaller Tumanjan Hall, which was the youth center.

Hadjinian said Montebello is a wonderful place where everyone seems to really understand and respect each other's cultures.

One Armenian-owned business that perfectly illustrates the diversity of the community is a local favorite – Z’s Diner. "It is an interesting place that's very colorful. Not just physically, but when you look at the menu you will find that they serve Mexican food, Armenian food, and American cuisine," he added. 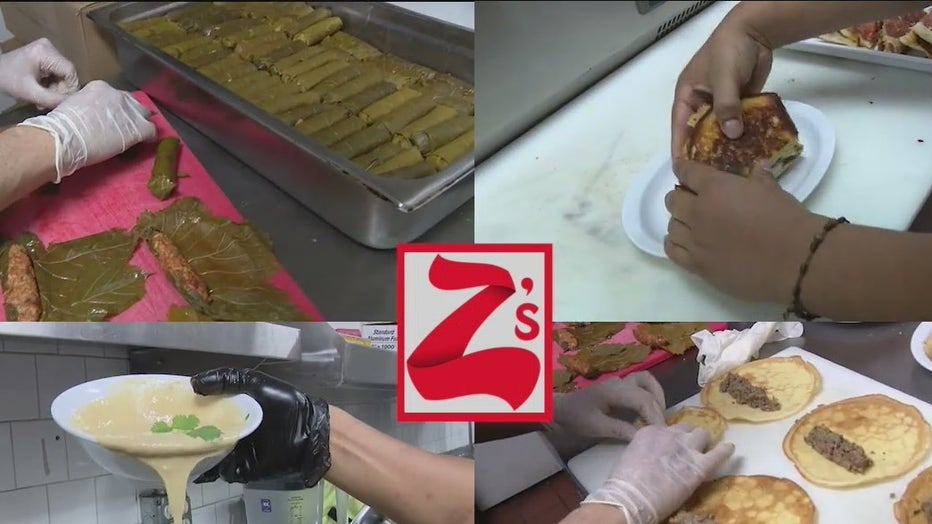 "I think the common denominator in Montebello is that everyone feels very connected to this community. There are people or families like mine that have been here three, or four generations. Not many Armenian communities go that far back," said Hadjinian.

"This is a place where four generations get together willingly…it's really quite phenomenal. It continues this whole concept of community and neighborhood that in many places in the U.S. we've lost, but this community sustains it," said Ghazarian.