Police sought the suspect who struck a pedestrian who was crossing the street in a marked crosswalk. (Video: LAPD)

LOS ANGELES - The driver of a Tesla is accused in a felony hit-and-run that occurred in downtown Los Angeles, officials said.

According to investigators with the Los Angeles Police Department, the hit-and-run occurred on Nov. 11 around 10:45 p.m. at the intersection of Wilshire Boulevard and Francisco Street when the victim was in a marked crosswalk.

The victim sustained minor injuries in the crash and managed to obtain a partial California license plate number of 8WF023 or 8WFO23. 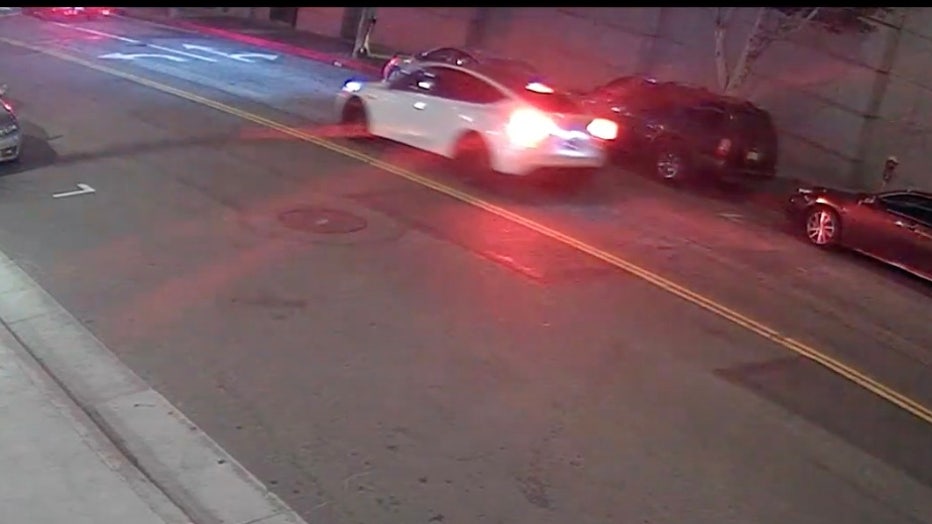 The LAPD is seeking the driver of a Tesla responsible for a hit-and-run that occurred on Nov. 11, 2022.  (LAPD)

Anyone with information is asked to contact Detective Juan Campus at 213-833-3713. Those who wish to remain anonymous can submit tips online at LA Crime Stoppers.